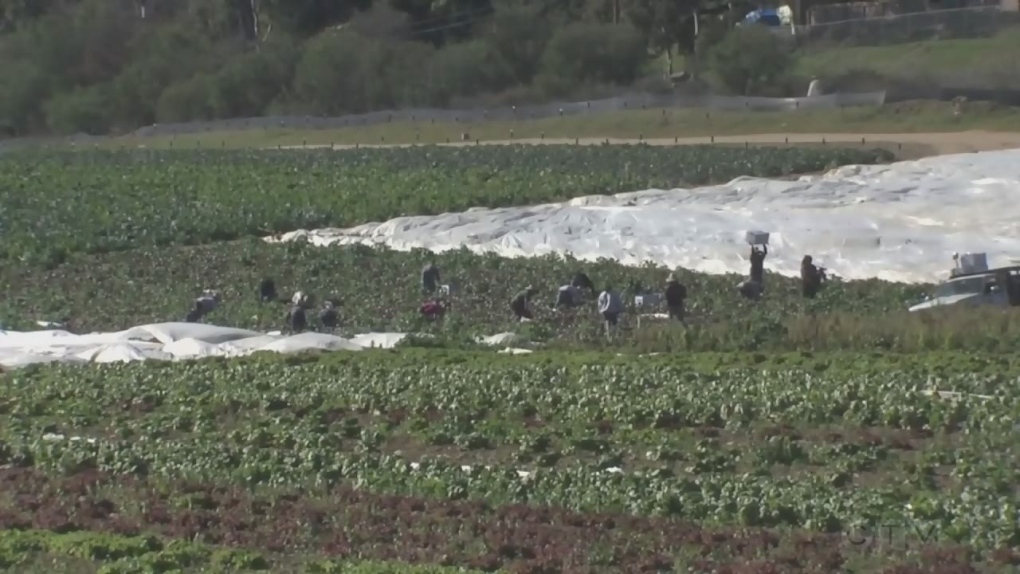 KITCHENER -- A COVID-19 outbreak has been declared at Shuyler Farms after three positive cases of the disease.

The Haldimand-Norfolk Health Unit declared the outbreak on Thursday. The cases are in migrant workers, according to a news release.

Officials say additional testing is pending and there is a management plan in place from public health.

Over the summer, the farm's owner Brett Schuyler won an appeal scrapping a public health order to only allow three workers per bunkhouse. At the time, Schuyler said he lost 72 acres of asparagus in the spring because of added red tape.

There have been 561 lab-confirmed cases of the virus in the health unit to date. There are currently 28 active cases, and 32 people have died from symptoms related to the virus.