Connected while apart: Community quilt tying together stories of the pandemic 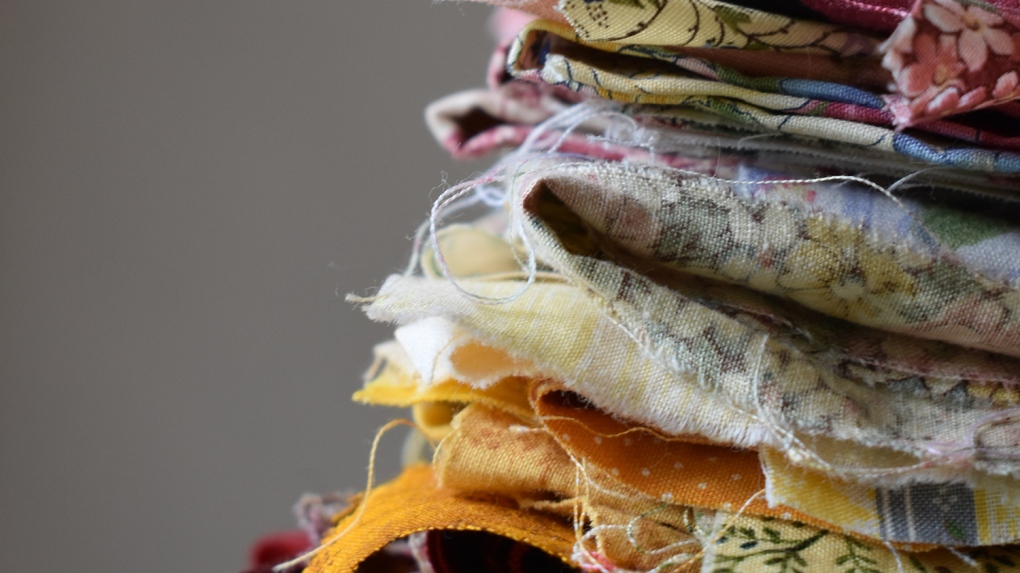 Donated fabric for the "From Behind the Mask Quilt" project (Courtesy: Brenda Reid)

KITCHENER -- At a time when people are farther apart than ever before, a community art project could act as a catalyst to help bring them together.

“From Behind the Mask Quilt” launched in Waterloo Region earlier this month, inviting people to share their pandemic stories on pieces of fabric.

Brenda Reid came up with the project while working through grad school as an architecture student at the University of Waterloo. She'd been researching care in architecture when the COVID-19 pandemic struck in March. 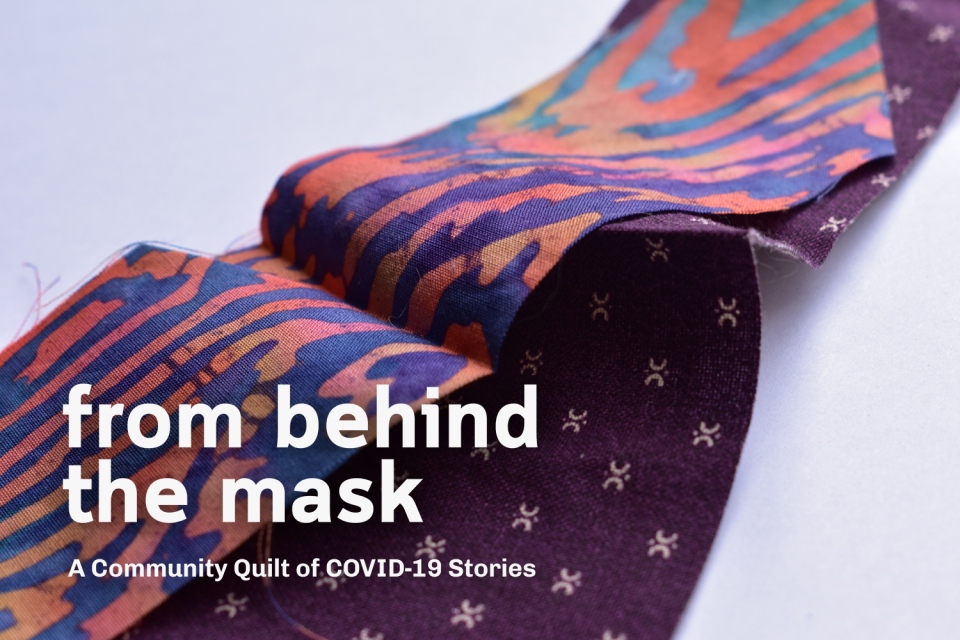 "I start photographing, and documenting all of these changes to kind of social behaviour," Reid said.

Reid said she started walking through neighbourhoods, looking at messages of love and hope in the windows.

"I had, at the same time, been looking at some different traditions around care," Reid said. "One of those traditions is in textiles and quiltmaking to kind of reuse and repurpose all of these scraps into these beautiful textiles that were made to keep people warm."

Participating in the project is simple: pick up a fabric kit from a local shop in Kitchener, Waterloo or Cambridge, follow the instructions and drop it off at that same location.

Reid will collect all the packages and then assemble the quilt.

"It's really open ended as to what you want to do," Reid said. "You don't have to sew. You can glue, you can paint."

Each kit has two pieces of fabric, which will form the two sides of the quilt's block.

"On the one piece of fabric, you respond to the prompt, which is: from when the pandemic started back in March, until now, what has changed the most in your life?" Reid explained. "You can interpret that in a number of ways. It can be very personal, it could be as simple as I wear a mask all the time now."

On the second piece of fabric -- the back of the quilt block -- Reid wants people to write their location.

"So that we can see where the blocks are coming from," she said. 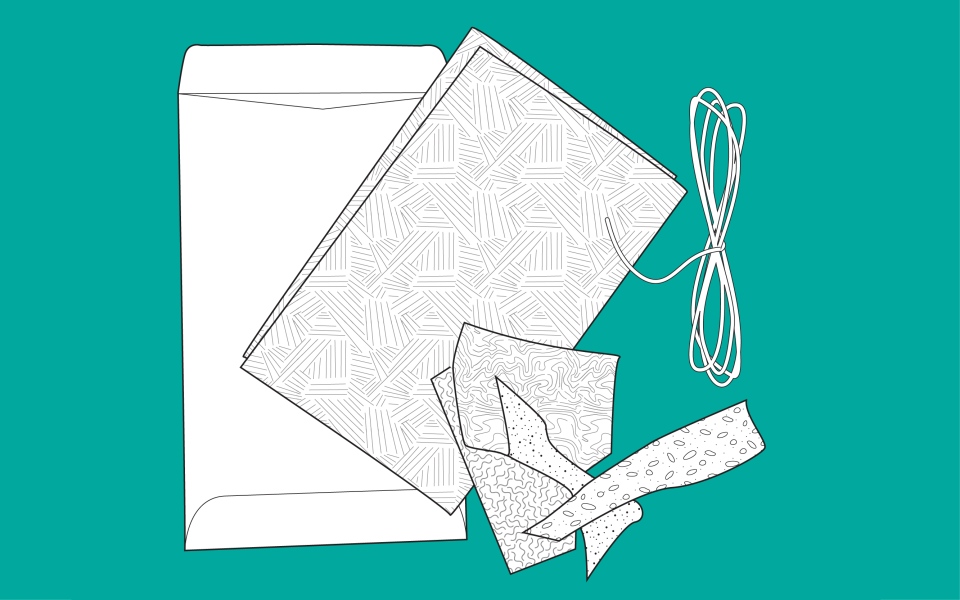 She said the most important thing to remember is that the quilt block can have whatever design you want, as long as it helps you tell your story.

"I've been encouraging people to learn new techniques, and maybe try a potato stamp or try doing something a little bit different," Reid said. "It's not your traditional quilt."

Even the assembly will look a little different than a traditional quilt. Instead of sewing the blocks together, Reid will assemble the submitted pieces using ties like those on a face mask.

"The image of the mask and the ties of the mask really help talk about this quilt as specific to this time," she said. "But then the ties are also symbolic of those really essential social ties we have to each other and making sure that those are strong this time." 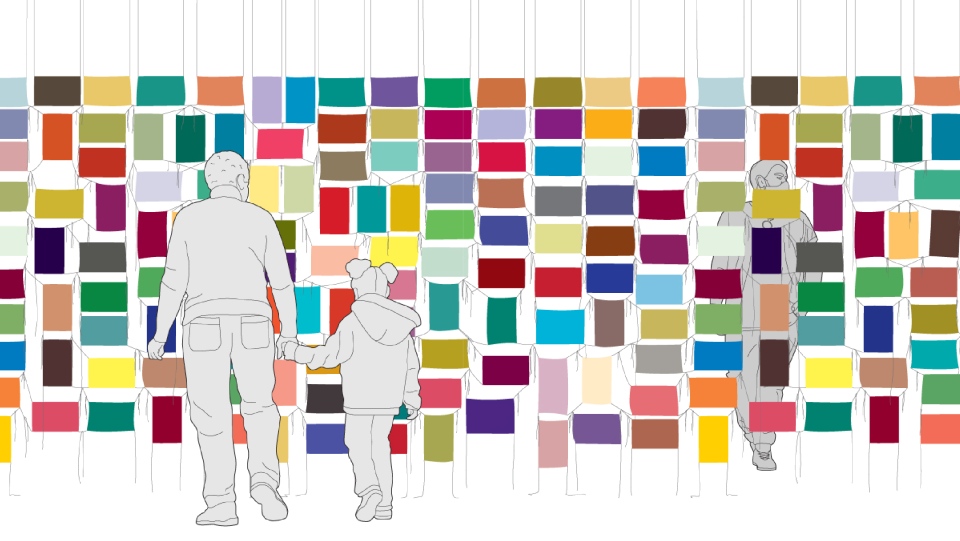 With everyone so far apart, especially with case counts rising and COVID-19 hotspots in the province moving back into a modified Stage 2, Reid is hopeful the quilt will give people the chance to feel part of something bigger.

"It's great as a chance to tell your story, but also in a way where you're not alone and telling a little bit of your story," Reid said. "You're going to be literally attached to other people's stories and surrounded by stories."

"They will all be separated somewhat from someone else's story by those ties, but also those ties are symbolic of are the essential social ties that we have, and how important that is."

She expects the project to last at least into the new year. Once it's done, the quilt will be assembled and displayed at public spaces in the region.

"I have to preface this by saying I have no idea how big the quilt is going to get, which is exciting," Reid said. "The plan for the quilt right now is that it would live in a publicly accessible place, like a library or libraries, and then areas so that the stories could remain part of our daily life. That the the quilt would remain, or the quilt in pieces, would remain within the community."

For anyone looking for a bit of help or inspiration for their quilt block, Reid said she is developing workshops to spark people's creativity on the fabric.

"In order for people to learn more about the project, be inspired and have some ideas about what they might want to do," she said.

Those workshops will be free to the public.