KITCHENER -- Baseball players have written themselves into Canadian sports history, one home run at a time.

The story of the 1934 Chatham Coloured All-Stars baseball team that stood in the face of racism and discrimination to becoming Ontario Baseball Association Champions is now being featured in a new book by Kitchener author Brock Greenhalgh.

“The book itself is designed for children, but I hope that it leads to discussions with parents. I would love to see this book in the hands of educators as well too,” said Greenhalgh.

The team changed their name to the Chatham All-Stars in order to be allowed to play in the '34 championship game. 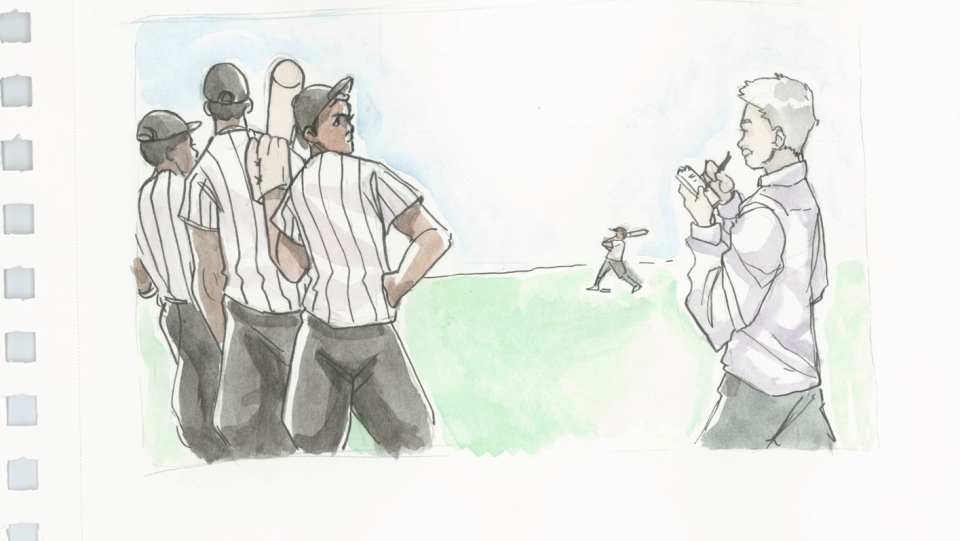 The discrimination the All-Stars faced is similar to that of American baseball legend Jackie Robinson who made his major league debut in 1947.

“When I saw this story for the first time, I just knew that it had to be told. It speaks to so many different things of overcoming racism, of dealing with obstacles, of addressing these concerns. And 90 years on, here we are still dealing with the same sorts of things,” said Greenhalgh.

The Chatham-Kent Black Heritage Society & Black Mecca Museum is working to help continue sharing the All-Stars' story by adding the new book to its reading list.

“History has always been kind of told from a white man's point of view, and now we're finally starting to get into more Black histories, Indigenous histories and women's histories and these stories are finally all being shared,” said Samantha Mereditch, Curator and Executive Director of the Chatham-Kent Black Heritage Society & Black Mecca Museum.

The foreword of the book, written by family of former player Wilfred "Boomer" Harding, reads in part:

"The 1934 Coloured All-Stars was a team of extraordinary men living in a time of prejudice and bigotry.

and 'throughout all these challenges, they played for the love of the game."

“It’s an incredible story about how that had to overcome so many dofferent things and yet became champions so never give up,” said Peter Cobb, secretary of the Chatham Baseball Hall of Fame.

Proceeds from book sales will go to the museum, with a fundraising goal of $5,000.

Next, Greenhalgh says he would like to see the Chatham All-Stars inducted into the Canadian Baseball Hall of Fame. The team has been on the ballot for the past two years, and he's hoping they'll make the cut for 2021.