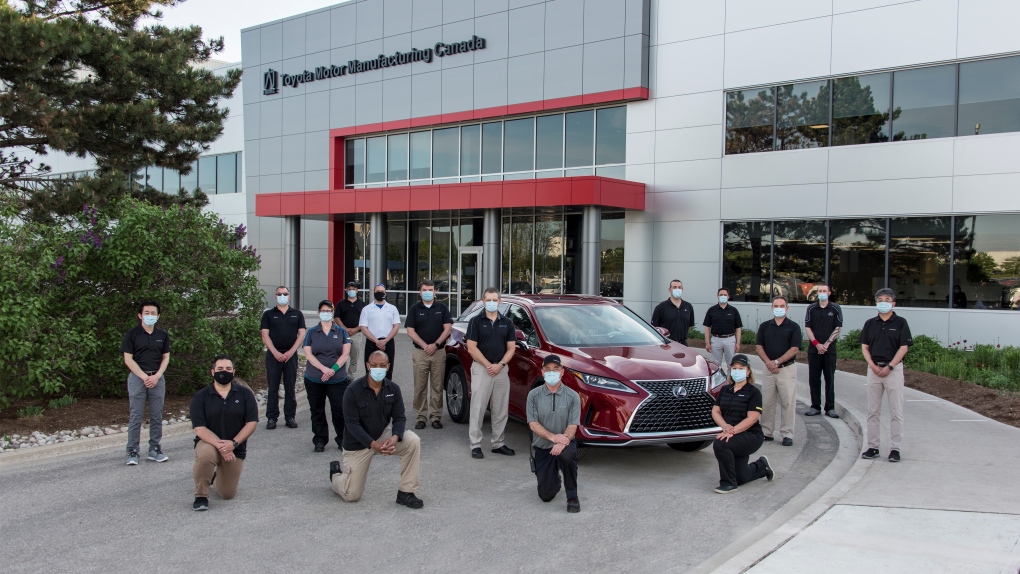 KITCHENER -- Toyota Canada reached a major milestone last week, as its nine-millionth vehicle rolled off the production line at its Cambridge facility.

To mark their achievement, executives and team members posed with a picture of the vehicle – a 2020 Lexus RX 450h hybrid luxury SUV.

“In 1988, the year we opened our first plant in Cambridge, our team members built 153 Toyota Corollas,” said TMMC President Frank Voss in a release. “It took 10 years to produce our first million vehicles. We built the most recent million in just two years and we’re building almost 500,000 Toyota and Lexus vehicles every year, making us the highest producing Toyota and Lexus plant in North America, and the second largest in the world.”

Toyota Canada says they’re making plans for their next milestone.

“As we set our sights on the 10 million mark, we’re also preparing for exciting changes – including the top-selling Lexus NX and Lexus NX Hybrid, which we’ll start to build in Cambridge in early 2022,” said Voss.

The automaker currently has two lines in Cambridge and one line in Woodstock.

Altogether they employ more than 8,500 people in all three locations.

Toyota reopened plants across North America almost a month ago after shutting down in mid-March as a result of production slowdown and the COVID-19 pandemic.

Some employees were asked to return to the Cambridge plant in mid-April.