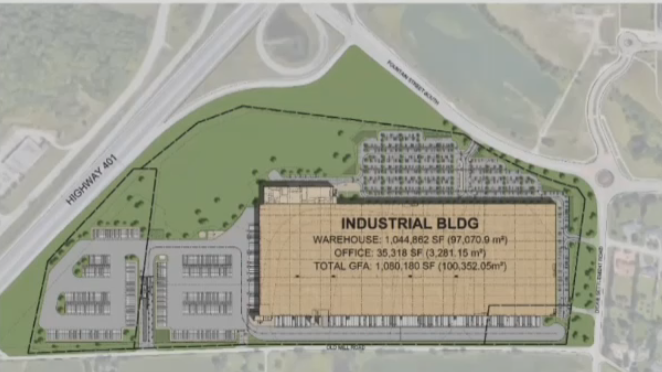 KITCHENER -- Cambridge City Council has voted to get shovels in the ground as quickly as possible when it comes to building up a new warehouse near the village of Blair.

The vote to support a provincial Minister’s Zoning Order (MZO) came during a Tuesday night meeting.

The proposed location of the million-square foot warehouse is on Old Mill Road just off Dickie Settlement Road and near Hwy. 401.

“This is a special set of circumstances,” said Coun. Scott Hamilton. “I was worried about the number of trucks going through the neighbourhood, but there is no neighbourhood. It’s actually attached to the 401, so you couldn’t get a better facility of this nature.”

According to the developer, the warehouse will employ up to 1,400 people, pump $150 million in investments into Cambridge, and have about 100 transport trucks pass through every day.