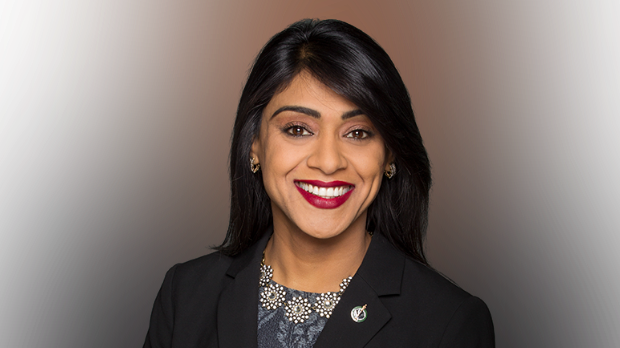 Bardish Chagger seen here in this photo from her website.

KITCHENER – The Liberal Party of Canada held onto Waterloo as Bardish Chagger was re-elected as MP.

Chagger was first elected to represent Waterloo back in 2015.

CTV declared her winning at 10:25 p.m., winning out over runner-up Jerry Zhang.

At the time, the NDP’s candidate Lori Campbell was third, followed by the Green Party candidate Kirsten Wright.

People’s Party candidate Erika Traub was polling last at the time of the declaration.