Alice Munro has 'remarkable' popularity for a Nobel laureate: Academy 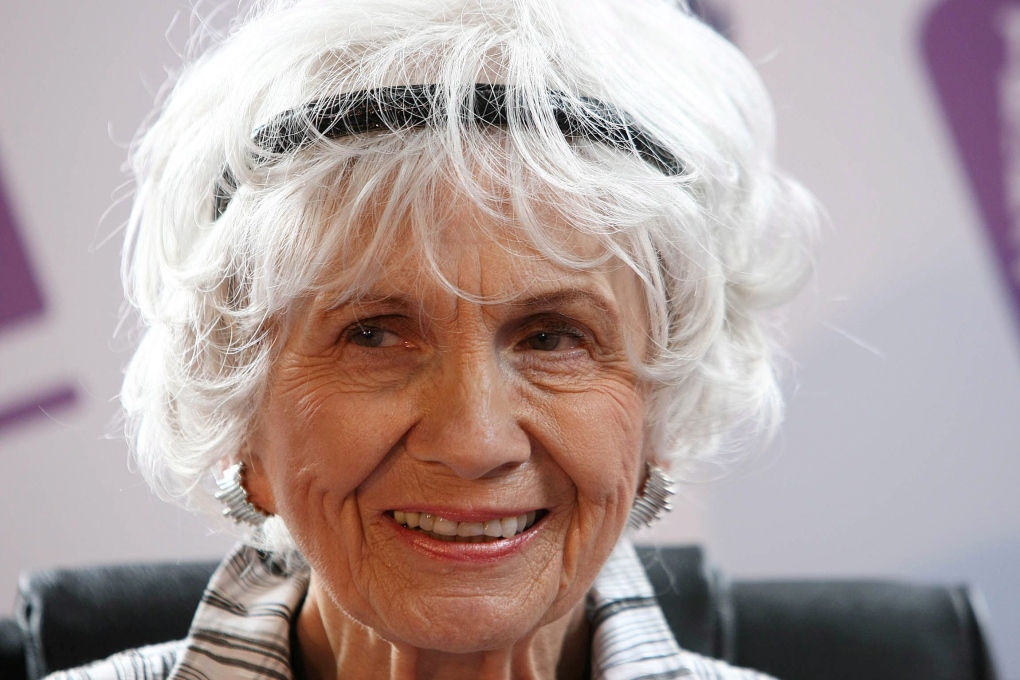 TORONTO -- Canadian short story great Alice Munro may be too unwell to travel to Stockholm to receive her Nobel Prize in literature on Tuesday, but she's still making a big impact on the Swedish capital.

Peter Englund, permanent secretary of the Swedish Academy, says there's usually "debate and a bit of griping" around their choice of literature laureate every year.

But that hasn't happened with Munro.

"The remarkable thing with this prize, and it stands out, is the popularity," he told The Canadian Press on Thursday in a telephone interview from Stockholm.

"But it's obviously about Alice Munro and her writing -- it's, in many ways, impeccable. From my 10 years of experience of handing out the Nobel Prize here in Stockholm, I've never seen a prize so popular."

This week's Nobel festivities in Stockholm include Saturday's "Alice Munro: In Her Own Words" Nobel Lecture in Literature event, where the Victoria-based writer will be seen in a pre-recorded video conversation.

On Tuesday, her daughter Jenny is expected at the Nobel Prize award ceremony to accept the prestigious honour from King Carl XVI Gustaf of Sweden on her mother's behalf.

Englund said he couldn't comment on the health status of the 82-year-old, media-shy Munro, who revealed three years that she'd been through a battle with cancer.

"I heard about it a bit from the family, but I don't want to discuss it. That is clearly a matter for the family. I've talked to her a number of times, and she was absolutely charming to talk to."

Englund said Jenny Munro has already arrived in Stockholm, where bookstores have been displaying her mother's collections prominently ever since the prize was announced.

Munro won the prestigious honour on Oct. 10, making her the 110th Nobel laureate in literature and only the 13th woman to receive the distinction.

The Swedish Academy hailed her as the "master of the contemporary short story" for more than four decades of deeply layered tales set in small-town southwestern Ontario, where she grew up.

"She is the greatest short story writer alive, in the world. That's the gist of it," said Englund.

"Most Nobel laureates, as well as most authors in general, they have weak points in their production, they have slacks, they are not up to speed in every work they are doing. ... And you have to take this into account also when you hand out the Nobel Prize, because not every work will be up to scratch. There will be imperfections, and you have to look at the strong ones.

"But the amazing thing, and it really speaks for Alice Munro's talent, is that she has none of these weak points -- and that is very, very rare among authors."

When the Wingham, Ont., native won the Nobel, she told a representative from the award committee that the honour may change her mind about her decision to retire from writing.

Englund said he wasn't sure of her plans on that front, but the Academy understands "her decision to call it a day."

"Perhaps more authors should do it like that instead of writing until the bitter end," he added. "I think that's once again proof of her very good judgment, saying, 'Well, this is it, I'm quite satisfied."'

Besides, the vast body of work she's already published can be enjoyed again and again, said Englund.

"I think she is the only Nobel laureate candidate that I have been reading several of her works not twice but thrice.

"And the third time, that was simply, I tried to figure out -- because I'm a writer myself, really a historian, only -- how does she do it? How the hell does she do it?"