Additional homes in development as part of efforts to end homelessness

Additional homes in development as part of efforts to end homelessness 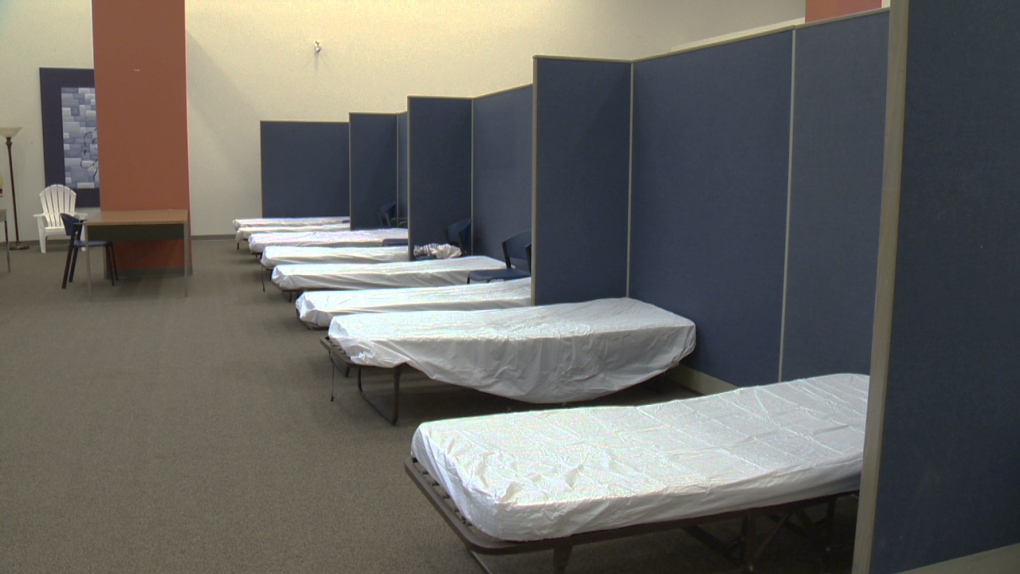 Some of the 45 beds in the emergency shelter at the YWCA Kitchener-Waterloo are pictured on Tuesday, Nov. 4, 2014.
KITCHENER -

According to a report presented to Region of Waterloo council, around 340 people are living in unsheltered conditions.

The report estimates an average of 206 people access an emergency shelter on a given night.

A focus is being made on identifying and removing barriers to accessing emergency shelter spaces.

The region is continuing to fund interim housing on University Avenue, which is operated by The Working Centre. Up to 80 people who were formerly experiencing unsheltered homelessness can access the interim housing.

The new homes are meant to prioritize residents with the longest experiences of homelessness and highest support need.

There is also a HomeBased Support Program which provides in-home support for housing stability and recovery from homelessness to 127 people.

The report said despite COVID-19, 402 residents were supported with permanent affordable housing in 2020/21.

According to A Better Tent City, a community-led initiative outside of the region's formal Housing Stability System offering 50 people access to huts with electricity, insulation and a radiator, most of its residents live with mental illness or drug addiction.

“As a result of that, they cannot or will not use the shelter system,” Jeff Willmer with A Better Tent City said.

Willmer said as the region looks at building affordable homes, it should also explore whether the A Better Tent City initiative has a legitimate place in the continuum of housing and shelter.

According to region staff, investing in A Better Tent City, or sanctioning encampments will drive resources away from programs and services in the Housing Stability System.

Regional staff are​ expected to conduct a count in September. The goal is to try and determine the depth of homelessness in the region on a given night.

MPs are marking the 33rd anniversary of the École Polytechnique de Montreal shooting that left 14 women dead, while debate over the Liberal government’s gun control legislation — including which specific firearms should be restricted — is ongoing.