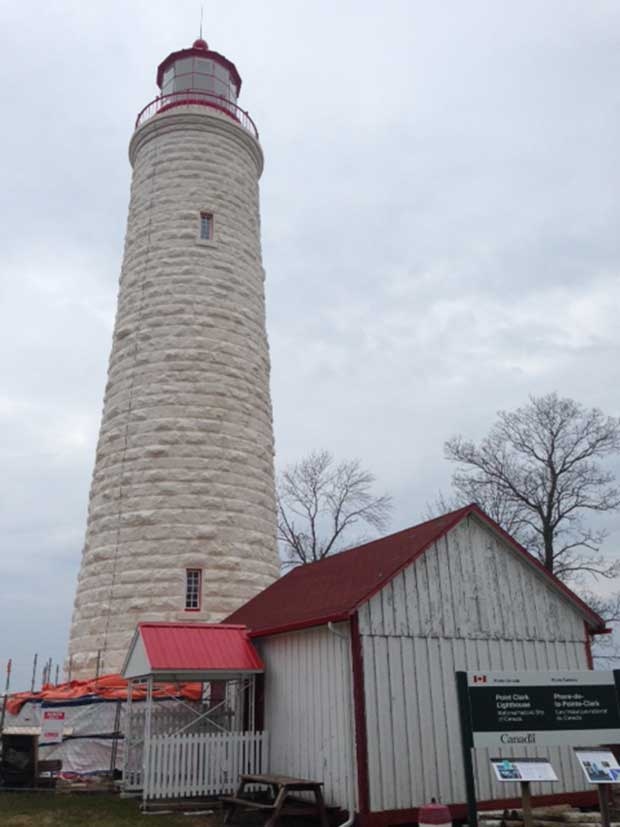 HALIFAX -- A five-year process aimed at preserving a key part of Canada's marine history culminated in the release Thursday of a list from Parks Canada naming 74 lighthouses in seven provinces that have been granted heritage status.

The structures that will be preserved under the Heritage Lighthouse Protection Act include 21 lighthouses in British Columbia, 14 in Ontario, five in Quebec, two in New Brunswick, 14 in Nova Scotia, seven in P.E.I. and 11 in Newfoundland and Labrador.

Marc Seguin, head of the non-profit group Save Our Lighthouses, said it's a good first step. But he said the federal government has much work to do because there are about 500 historic lighthouses worth preserving in Canada.

Even though the process of designating heritage lighthouses officially ended May 29, Seguin said he expects another 50 lighthouses to be added to the list over the next two years.

However, that new total would represent only a quarter of the country's historic lighthouses.

"That means 75 per cent ... have really been orphaned," he said in an interview from his home near Consecon, Ont.

"What would make me happy is having a lot more than 25 per cent of our marine heritage being preserved. The only way we're going to get there is with much more government involvement at all levels -- but mostly federal."

He said Ottawa must offer more money to the 150 community groups and municipalities that have submitted business plans to preserve their local lighthouses.

Parks Canada did not respond to requests for more information.

In Nova Scotia, which has the most lighthouses in Canada at about 150, the head of the Nova Scotia Lighthouse Preservation Society said the number of designations for her province was too small.

"We're a little disappointed that we only have 14 designated lighthouses," Joanne McCormick said in an interview.

"We have 3,000 miles of coastline in Nova Scotia and we had 90 lighthouses that were appropriate for heritage designation -- though we certainly didn't expect all of them to get it."

Of the 74 lighthouses designated as heritage sites, 42 will remain federal properties and active aids to navigation while the rest will be turned over to community groups, municipalities and economic development agencies.

As well, the government of Newfoundland and Labrador has agreed to take over the Point Amour lighthouse on the south coast of Labrador, making it the only province to obtain a lighthouse through this process.

Seguin said he obtained a list from a federal source showing Ottawa will spend more than $5 million to fix up the heritage lighthouses it will retain and it will give another $1 million in grants and contributions to the 32 community groups and municipalities on the list.

Despite the new funding, Seguin said too many lighthouses will be left to crumble even though they may have community groups looking out for them.

As an example, he pointed to the Nine Mile Point lighthouse near Kingston, Ont., which he described as the most historic lighthouse on Great Lakes. Built of stone in 1833, it remains the oldest active lighthouse on the lakes, he said.

A local group wants to save the lighthouse, but has yet to receive funding, he said.

"The federal government wants nothing to do with it. They have no promises of any money yet ... It's been neglected for so long that it's going to need a lot of work."

Point Clark in the Huron-Kinloss area.

Lower A32 at Walpole Island.

Upper A34 at Walpole Island.