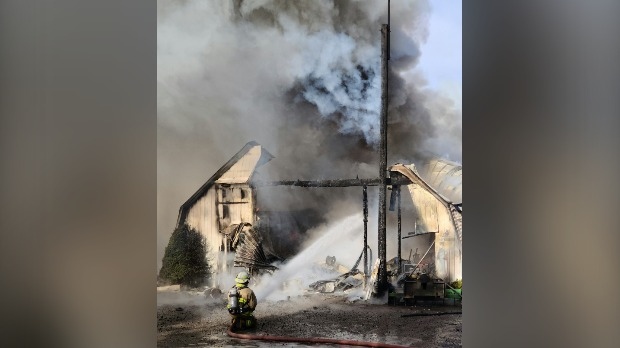 The blaze on Line 41 resulted in the an estimated $500,000 in losses, said William Hunter, fire chief for Perth East and West Perth.

No livestock loss or injuries have been reported.

The fire's cause has not yet been determined, but is not considered suspicious at this time, said Hunter.

As 4 p.m., crews were still dealing with remaining hot spots.

By 6 p.m. all units had cleared the scene.

One CTV News viewer captured what appeared to be an explosion during the fire.