2 years in, finding work a challenge for Syrian refugees 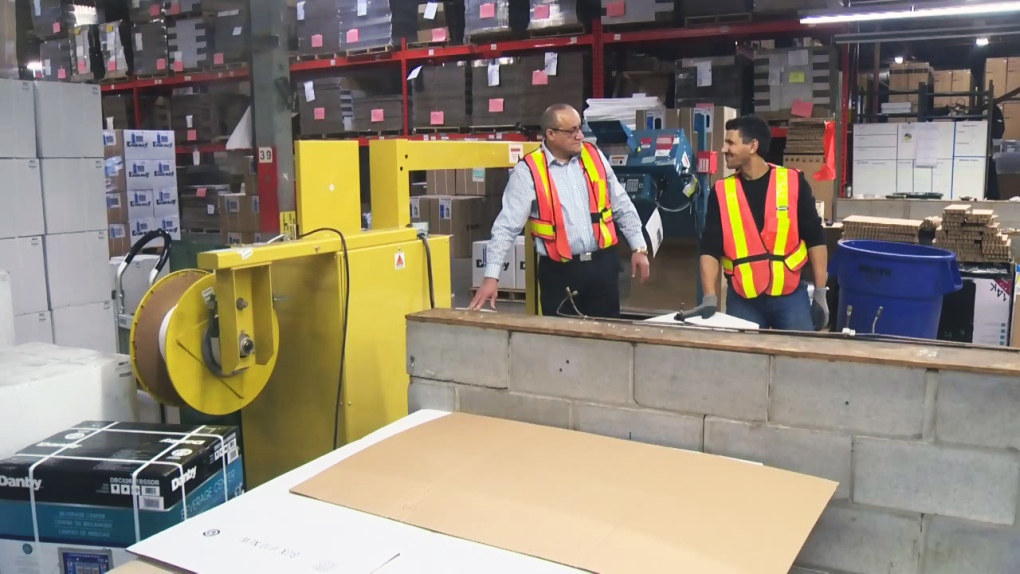 Ahmad Abed (left) arrived in Canada as a refugee from Syria and found a job working at Danby.

Two years after an influx of Syrian refugees began, it’s almost easy to forget that Waterloo Region took in an unprecedented 1,835 newcomers in the space of a year from that country alone.

The newcomers have largely assimilated into the community, even as the public and quiet shows of support from the rest of the community that characterized their early days have disappeared.

But for many refugees, one major challenge remains: finding a job.

Maissaa Almustafa has a unique perspective on the situation. She’s a board member with Reception House – a lead agency when it comes to integrating refugees into Waterloo Region. She’s also a political science instructor at Wilfrid Laurier University, and was born and raised in Syria herself.

Asked how many of the region’s recent arrivals from Syria have found stable employment, she says “not a lot” have.

“Most of them depend on welfare at the moment,” she says.

Almustafa cites the language barrier as the biggest issue preventing refugees from finding jobs. While many have enrolled in English classes, she says, they typically run during daytime hours – an obligation which eliminates a lot of potential job possibilities.

Beyond language skills, other issues Almustafa sees as preventing refugees from finding jobs include a lack of support in helping refugees make use of employment services, and a lack of the sort of connections other Canadians have that might lead to job prospects outside of formal processes.

Almustafa says ways around the existing barriers include having the federal government link language training and employment services, or offering incentives to employers who provide in-workplace language training.

Even without those incentives, language training is being offered by Guelph-based appliance manufacturer Danby.

He describes his actions as an attempt to “do the right thing” in the face of a major humanitarian crisis.

“I’m trying to help the world,” he says.

Many of the refugees Estill has sponsored have landed jobs at his company. There’s a two-hours-a-week English program at Danby, as well as a word-of-the-day program and help around career training and resume writing.

Estill says his observations have been that there are jobs available for refugees, although perhaps not in line with the sort of work they did in their previous home.

“It’s actually very easy for anybody, refugee or not, to find blue-collar work in Canada,” he says.

Ahmad Abed started working at Danby shortly after his late-2016 arrival in Canada. He’s working in the warehouse and helping out with marketing the company’s products in the Middle East.

He says he’s seen some of his refugees happily stick with Danby, learning new skills and moving into new roles, while others have decided it isn’t for them.

The addition of so many Syrians to Danby’s workforce has been a positive development for Rola Mourad, who arrived in Canada from Syria herself in 2003.

She says the refugee boom has helped create a Syrian community in Guelph that didn’t exist prior to the recent influx – and many of the newcomers have found work.

“If you’re good with language, you’ll find a job,” she says.

With reporting by Stu Gooden