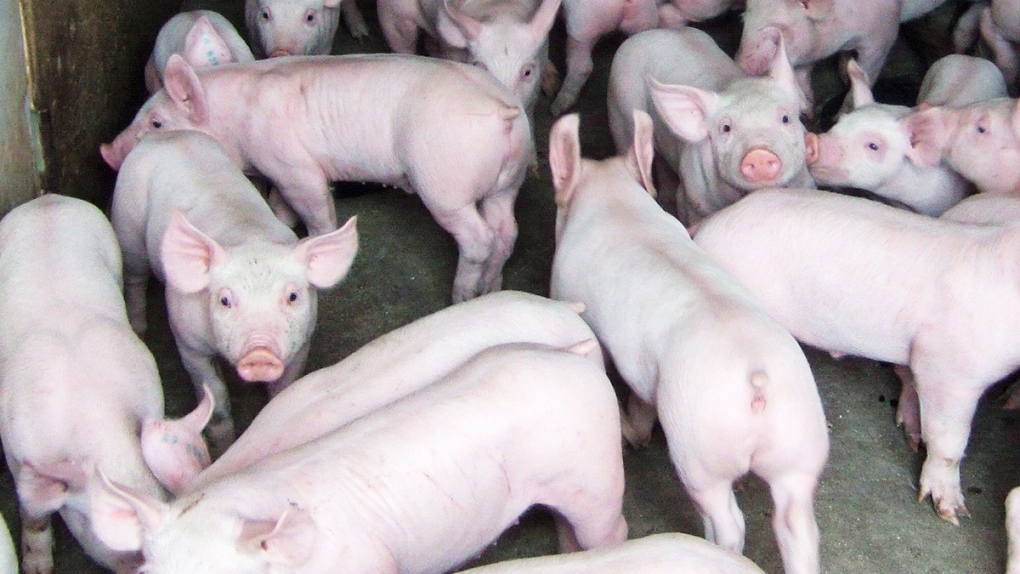 File - Pigs are pictured at a pig barn at an Ontario farm in a handout photo. (THE CANADIAN PRESS)

A Tavistock man is facing animal cruelty charges in connection with the discovery of more than 1,250 dead pigs on a farm in Norfolk County.

The 1,265 pigs were found on a farm in the Langton area, southwest of Simcoe, in February.

According to the Ontario SPCA, the animals had no access to food and were in a barn that was filled with manure.

About 250 pigs were alive in the barn. They were all euthanized.

The 27-year-old man, who previously lived in Langton, is facing six charges of failing to comply with prescribed standards of care for animals, one county of causing distress to an animal and one count of permitting an animal to be in distress.