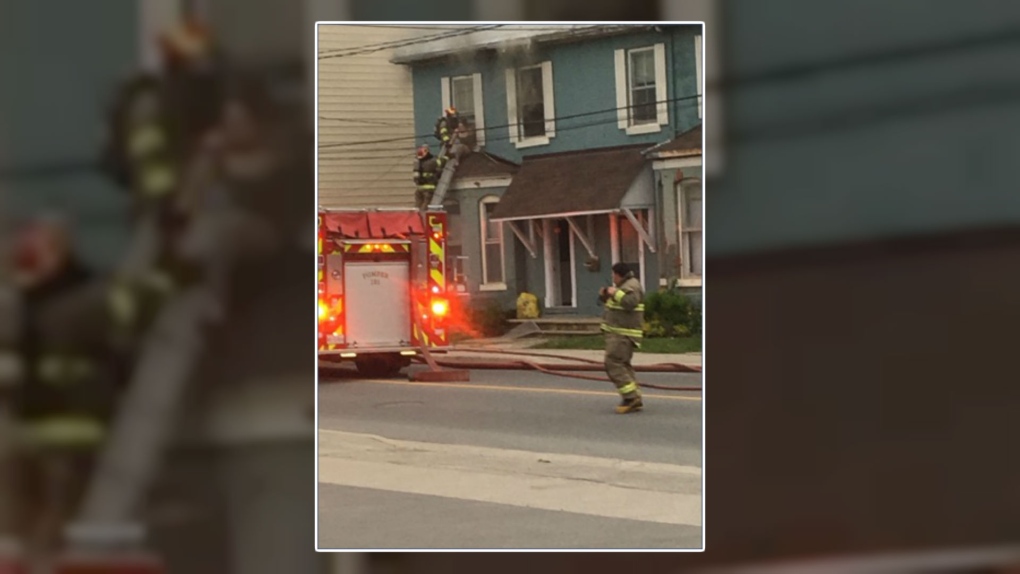 A woman is seen being rescued from the second story of a burning home on Main Street in Mount Forest on June 9, 2019. (Courtesy: Rhonda Knapp)

A woman was rescued from the second floor of a Main Street home in Mount Forest Sunday evening after becoming trapped inside the burning home.

Crews from Wellington North, Arthur, Mount Forest, West Grey and Minto all responded to the two story building with reports of heavy smoke and visible fire.

Officials say the fire started in the second floor unit and that there is water and smoke damage throughout. The damage estimate is around $300,000. The fire is currently being treated as suspicious.

Two cats were also rescued. Main Street is closed from Durham Street to Birmingham Street, no word on when the street will reopen.