Weapons and drugs seized during raid in downtown Guelph 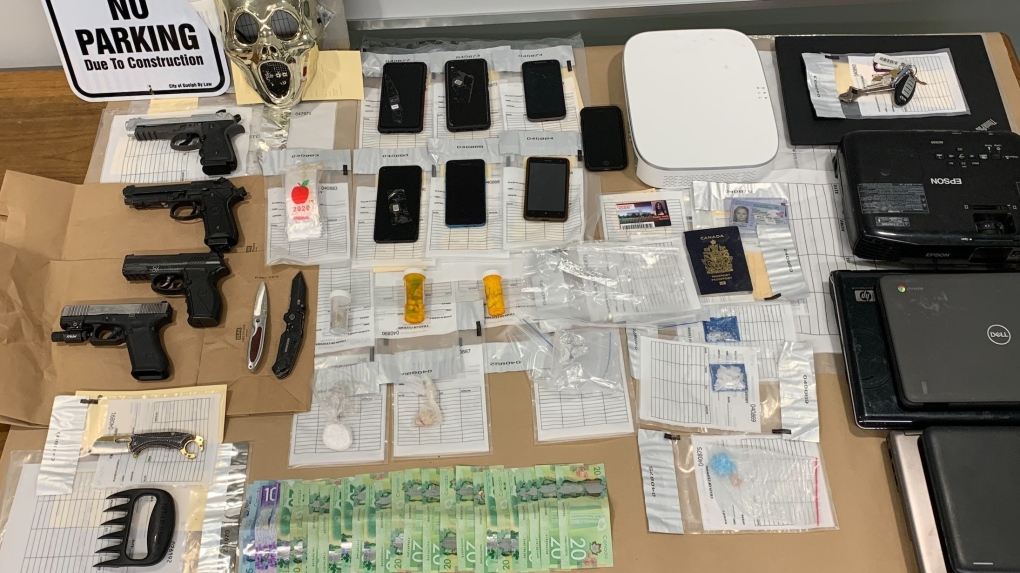 Real and replica guns, knives and street drugs were seized after Guelph police executed a search warrant in the city’s downtown.

Police said it took place at an apartment building near the intersection of Carden Street and Wyndham Street North Wednesday morning.

According to a media release by the Guelph Police Service, members of the newly formed Break Enter Auto Theft (BEAT) team reportedly began an investigation into an “unlawful possession of a restricted firearm.”

The BEAT team and the tactical unit seized a modified restricted firearm, replica firearms, knives, cocaine, fentanyl, crystal methamphetamine, and hydromorphone. The street value of the drugs is approximately $6,000.

Police said the investigation is going, and there may be additional charges.