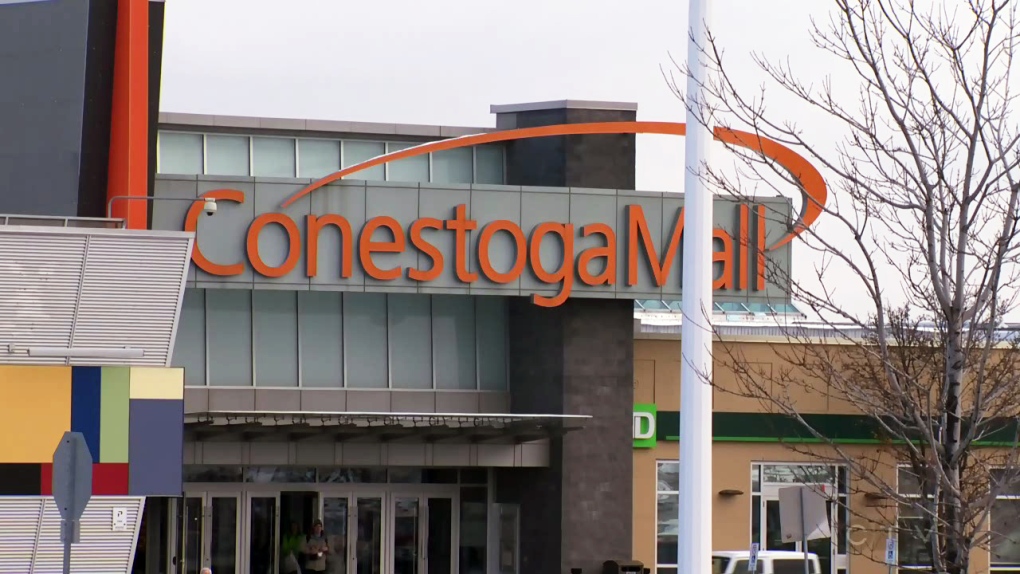 Two teens were arrested Thursday night and charged with an armed robbery at Conestoga Mall in Waterloo.

The Waterloo Regional Police Service said the 16-year-old and 17-year-old were located around 6:30 p.m. in the area of Glen Forrest Boulevard and Weber Street North

They were inside a stolen vehicle where officers also recovered some stolen merchandise.

Police said there was a loaded 9 mm handgun inside the vehicle at the time of their arrest.

Officers were initially called to Conestoga Mall around 8 p.m. Wednesday.

They said three people had entered an unnamed store and demanded merchandise from employees.

Police have not released any details about the third suspect.

They continue to investigate the incident.