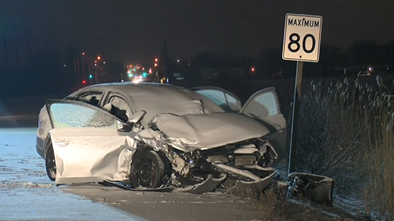 The first involved an SUV and sedan near Side Road 17, just south of Erin, around 6:25 p.m.

The second head-on crash happened around 7:30 p.m. at Derry Road East in Milton.

Police say a Toyota Camry crossed the center line and struck a Volkswagen Jetta going in the opposite direction.

The driver of the Jetta, a 35-year-old Milton man, and three of his passengers were taken to hospital with non-life threatening injuries.

Halton Police say the driver of the Camry, 24-year-old Umair Vakani of Missassauga, was not hurt.

Trafalgar Road was closed for approximately four hours while police were on scene.