Two arrested after reports of early morning gunshots in Kitchener 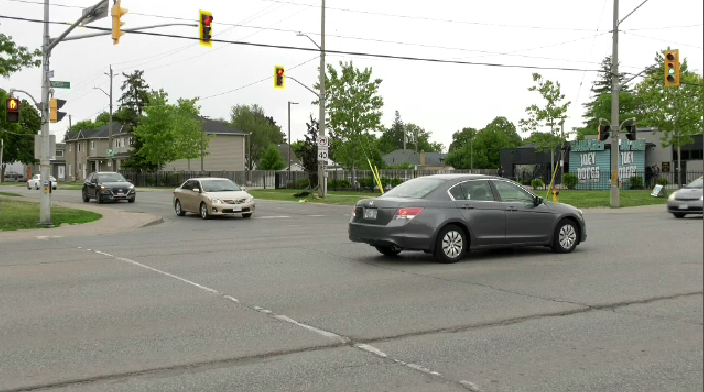 Two people have been arrested after reports of gunshots near Kitchener's Chicopee neighbourhood.

Around 5:30 a.m. Sunday, Waterloo regional police tweeted there was a heavy presence on Weber Street East, but there was no concern for public safety.

Near 7 a.m., officials clarified they were near the intersection of Kinzie Avenue.

Police say there was a dispute at a licenced establishment on the intersection.

When officers arrived, they were reportedly told one of the suspects fled in a vehicle.

Police stopped a vehicle on Hwy. 8 near Sportsworld Drive and found two peope with a loaded firearm inside, according to officials.

A 33-year-old man is facing a number of firearm-related charges, while a 26-year-old woman from Oakville has been charged with being an occupant of a motor vehicle knowing there was a firearm.

No injuries were reported in the shooting.