The Future of Health Care: Lessons learned from the COVID-19 pandemic

KITCHENER -- This is part two of a series. Read part one -- The Future of School: How learning could look different in Ontario next year

At more than a century old, Irene Bitschy is likely the oldest person in Waterloo Region to have died from COVID-19. Her granddaughter, Heidi Sproul, tells CTV that Bitschy passed away last month.

“We knew it could be anytime,” says Sproul. “She was 105. She happened to be healthy though until she contracted COVID.”

Sproul says her grandmother lived at a Kitchener long-term care home for 10 years. Bitschy was transferred to a hospital in April. 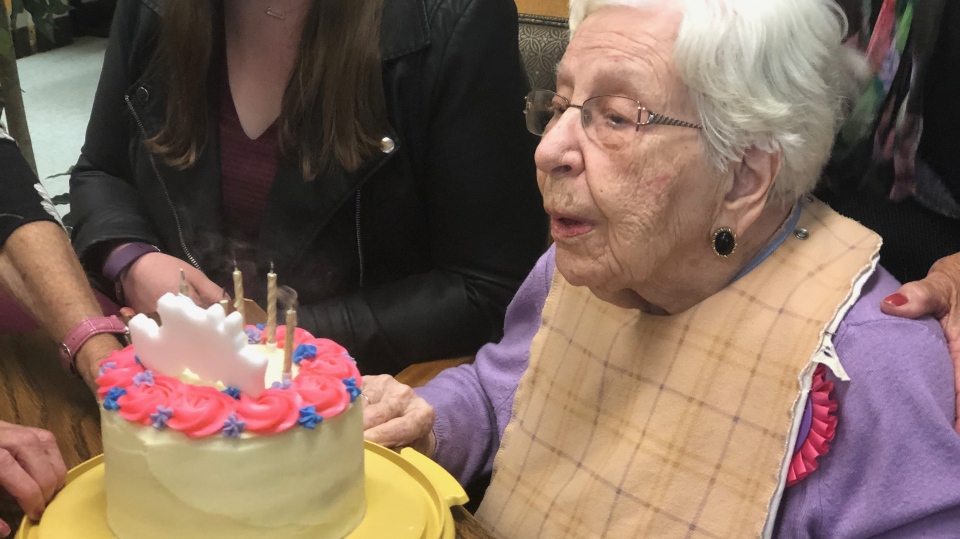 A professor at the University of Waterloo’s School of Public Health and Health Systems says this is an example of why staffing needs to change at long-term care homes.

“We need more nursing services in long-term care homes, and we need better access to specialized geriatric services in nursing homes as well, in the future,” says Dr. John Hirdes.

Dr. Veronique Boscart is a health-care educator and a full-time nurse.

She agrees, and adds that there needs to be more cohesive post-secondary programs for personal support workers and nurses with a focus on elderly care.

“They are all trained very differently,” she says.

Boscart also runs the Schlegel Centre for Advancing Seniors Care at Conestoga College.  It’s considered to be the leading program for senior care in Canada.

Earlier this month, the program was awarded $2.5 million dollars by the federal government to help workers across Canada develop essential skills for assisting those living with dementia.

Since 2008, the program has implemented a living classroom program at two long-term care homes in Waterloo.

It's the first program of its kind in Ontario where students learn from staff, residents and their families. Boscart says Mohawk College started a similar program last year.

“These classrooms are situated within the long-term care home. We take in personal support care students and nursing students. The whole teaching paradigm is shared learning,” she says.

She also says it’s important to consider that nearly all residents in long-term care are the elderly, whereas in hospitals, they account for more than a quarter of the patients.

“I would love to see mandatory educational standards for gerontology in every health care curriculum,” says Boscart. “It’s mind-boggling that we still see that as an optional component.”

Hirdes concurs, especially because Canadians in general are living longer and healthier lives.

“The hospitals of the future will increasingly focus a clear majority of patients who will be elderly people,” he says. “Hospitals will need to learn how to manage the needs of elderly more effectively.”

As for the younger population, Hirdes says to expect increased online doctors' appointments.

“The move to virtual interaction with health-care professionals is virtually an inevitable change now with the pandemic,” says Hirdes.

It’s something Sproul has also experienced. Last week, her five-year-old daughter was dealing with a bad mosquito bite.

“I was able to call my doctor, send him pictures of her cheek,” says Sproul. “He phoned me back and talked to me for about five minutes, then sent in a prescription for her.”

She believes the virtual family doctor is the way to go, especially to help the seniors like her grandmother, who she says was a victim of the pandemic and the frail conditions of Ontario’s long term care homes.

“I think of it as a cost savings measure, potentially,” she says of the virtual appointments with family doctors. “Funds could be directed elsewhere like care for our elderly population.”