KITCHENER – Fire crews were called to an apartment building on Connaught Street at 4:21 a.m. Tuesday to reports of a vehicle fire.

When they arrived, they found a car engulfed in flames in the parking lot attached to the building.

Firefighters were able to quickly extinguish the fire, although it is unknown if anyone was injured in the incident.

Waterloo Regional Police say they are treating the car fire as suspicious.

Fire officials also telling CTV News that police believe the fire is connected to another event that happened over night.

While the WRPS major crime unit is investigating, police say that the OPP is leading the investigation.

By 2:40 p.m., police had closed the road with an emergency road closed sign.

Twenty-five minutes later, a command post could be seen in the area.

In a news release sent on Tuesday evening, police said they were investigating whether the car fire was connected to an earlier fatal shooting that left part of Highway 7/8 closed for most of the day. 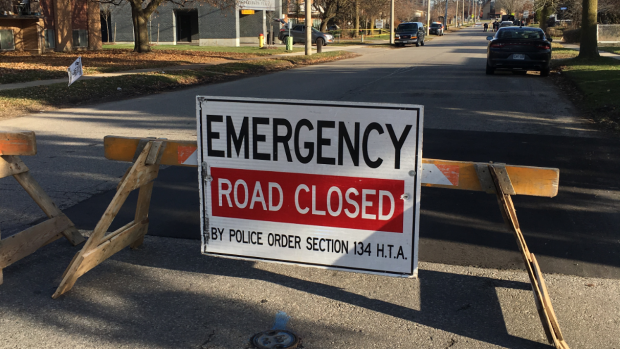