A 911 call about a medical emergency at a Kitchener apartment building turned into a sudden death investigation.

Emergency crews were first called to the Hoffman Street building around 1:30 p.m. Thursday.

According to Waterloo Regional Police, the man was bit by a dog during the medical emergency, which involved a pre-existing condition. 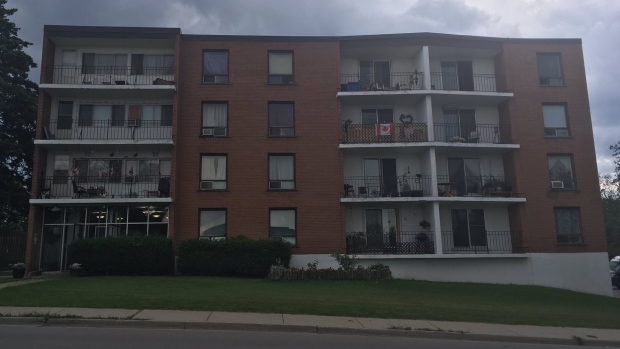 “We are investigating the possibility that the male’s dog may have contributed to the death,” Waterloo Regional Police spokesperson Cherri Greeno said in an email to CTV News.

The name of the 41-year-old Kitchener man has not been released.

Police officers and the Kitchener-Waterloo Humane Society spent much of the day Thursday at the apartment building, investigating the man’s death.

The dog was quarantined on the apartment’s balcony during the investigation.

A coroner was also on-site. Authorities hope the coroner’s examination will help shed light on the man’s cause of death.