It’s happening at the same time as many rural areas experience a boom in tourists and hospital visits.

Between July 8 and July 14, the emergency departments in the communities of Wingham, Listowel, Chesley, St. Marys, Clinton and Seaforth will have rolling temporary closures. Most will be overnight, with officials saying they’re trying to minimize the impact on care.

“I think we all… appreciate that our three sites that have a reduction are not all at the same time,” said Mary Cardinal, with the Huron Perth Healthcare Alliance that operates the hospitals in St. Mary’s, Clinton and Seaforth.

In all cases, staff shortages are to blame.

“We really exhausted all our options and to be fair to our staff, they have been tremendous,” said Cardinal.

She said the temporary closures are not decision the healthcare alliances “made lightly.”

Hospitals around the province have made similar moves because of high vacancies rates.

Locally, some unusual steps are being taken to try to cover as many shifts as possible.

The shortages are happening during a season that brings a boom in tourists and seasonal resident to smaller Ontario communities, especially near the great lakes.

“Because more people are active, the number of traumatic incidents and accidents skyrockets, so car crashes, boating accidents – of course we live in a farming community, so we see a number of farming incidents as well.”

The Norfolk and West Haldimand hospitals do not have any closures planned. But Gautreau said it could happen.

The Huron Perth Healthcare Alliance says its ER in Stratford will stay open 24/7.

No matter the location, the advice to anyone requiring emergency attention is to call 9-1-1 and paramedics will get patients to the nearest ER that's open.

The closest emergency departments are: 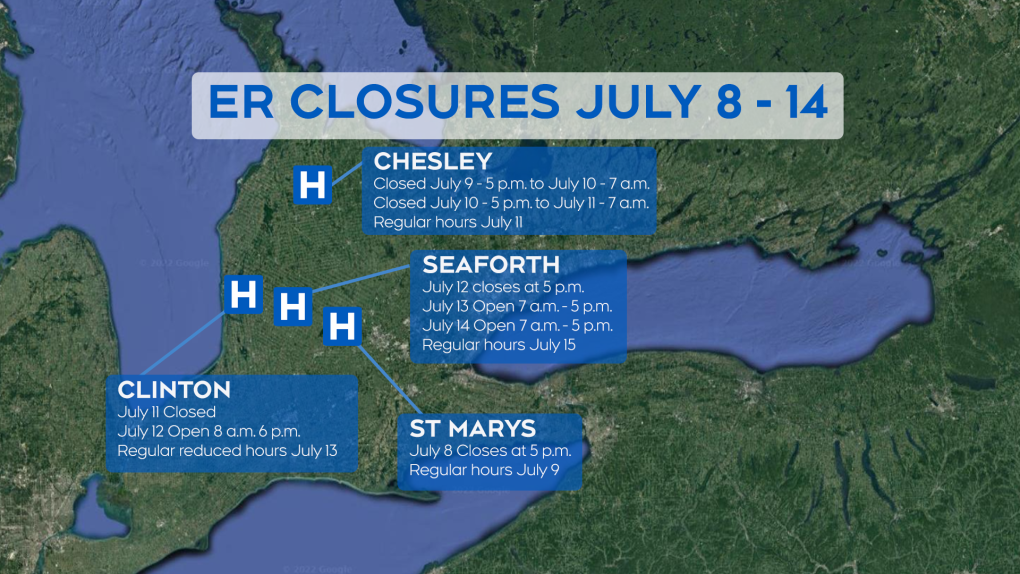 Here are the planned closures and reductions of hours:

Information on the Listowel and Wingham closures is available here. 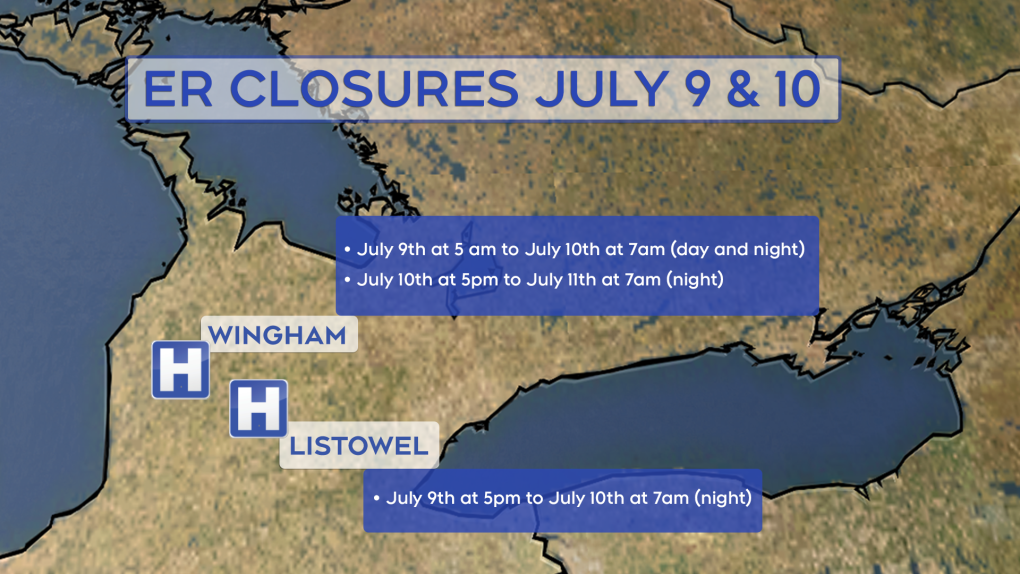