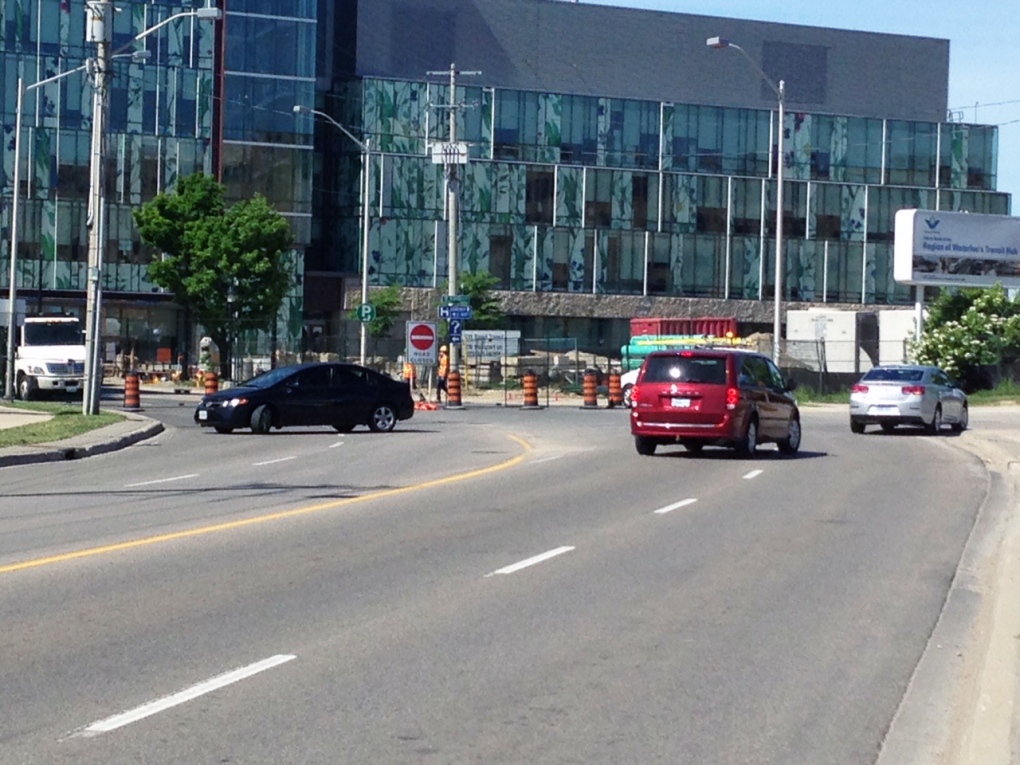 The crossroads at Caroline and Erb streets in Waterloo reopened to traffic earlier this week – at least, for everyone except those people trying to drive onto Caroline from Erb or Bridgeport Road – and other key streets and intersections are about to follow suit.

In Kitchener, Victoria Street is slated to reopen between Duke and Joseph streets on or around Sept. 28 – including the busy intersection of King and Victoria, which means King will also once again be open to all traffic through downtown Kitchener west of Frederick Street.

By Sept. 30, the intersection of King and Allen streets in Waterloo is expected to reopen, along with the stretch of King from Allen to Union and the Highway 85 off-ramps and southbound on-ramp at Northfield Drive.

LRT-related construction is claiming a few new roads for itself as well.

University Avenue closed Friday at the rail tracks, for four days. Once it reopens, Columbia Street will see its own four-day closure.

On Oct. 2, Wilson Avenue will again close between Fairway Road and Kingsway Drive for its own four days of work.

Up-to-date road closure information is available on the Ion website.