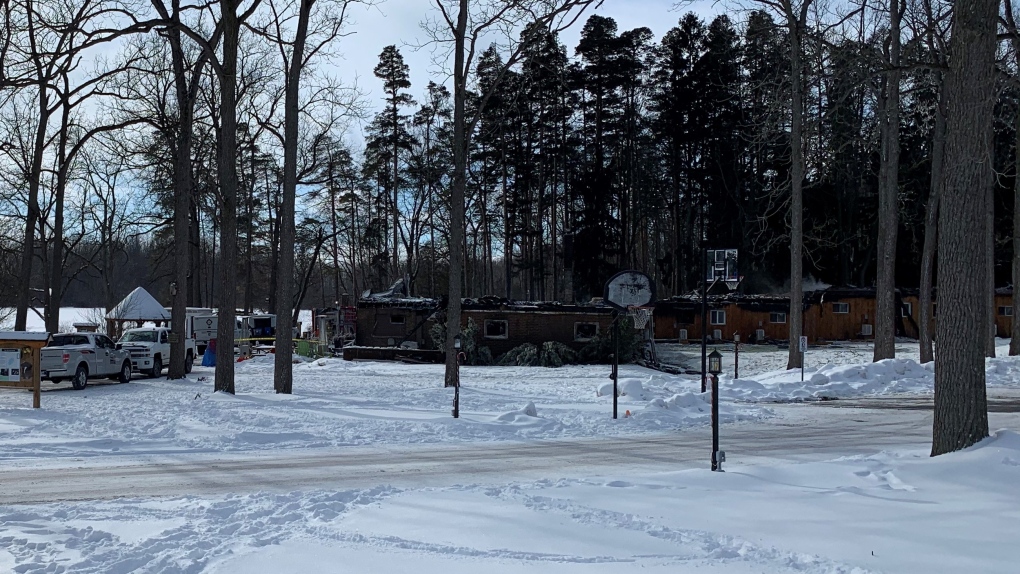 The Forest Motel seen on Jan. 27 after a fire tore through it the day before. (Leighanne Evans / CTV Kitchener)

KITCHENER -- Provincial police are investigating after someone reportedly broke into and stole from the Forest Motel, near Stratford.

The motel was the scene of a fire on Jan. 26. By the time emergency services arrived around 9:45 a.m., the structure was engulfed in flames.

One person was seriously hurt in the fire.

On Wednesday, police reported that someone had stolen from the damaged building sometime overnight between Jan. 29 and Jan. 30.

According to the news release, unknowns entered the damaged building and stole a clock, alcohol and gasoline.

Officials said that police and the Ontario Fire Marshal had cleared the scene and that the building was unoccupied at the time of break-in.