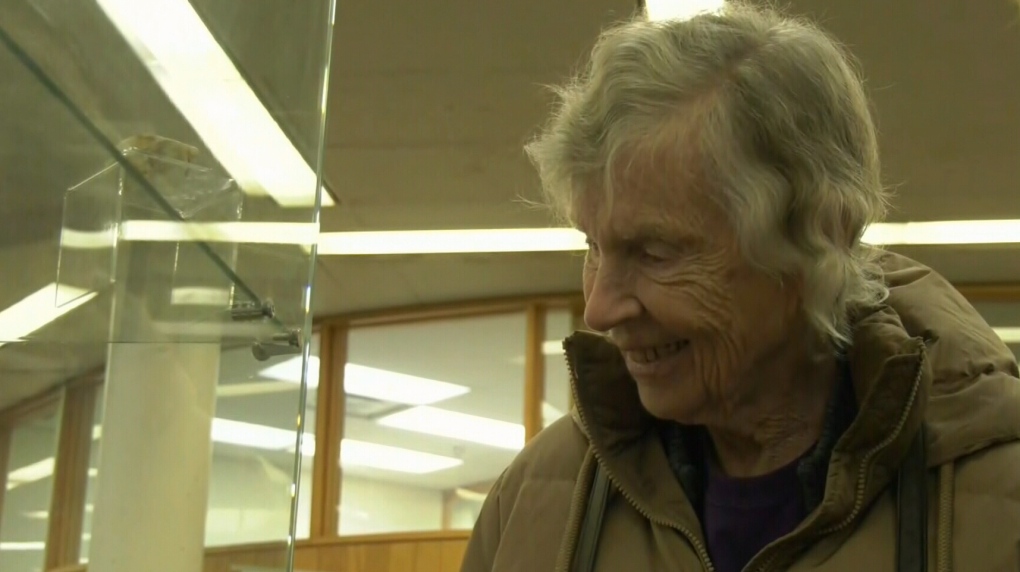 A travelling exhibit to highlight Anne Innis Dagg, an 89-year-old who has been a pioneer for Canadian wildlife for decades, is now on display in Guelph.

The Anne Innis Dagg Exhibit: Musings of a Scientist, Feminist, Activist is set up at the University of Guelph’s McLaughlin Library and depicts much of her extraordinary career in science.

In 1956, Innis Dagg travelled to South Africa to study giraffes, making her among the first in the world to study animals in the wild, on that continent.

“It was magnificent. I spent a whole year there,” she told CTV News.

Fast forward to today, she’s globally known for her wildlife research, but her triumph didn’t come without struggle. Innis Dagg said because she is a woman, she faced many hurdles.

“I planed to England and then I talked to the man that I wrote to and he said 'oh no you can't because you’re a woman' and I’m thinking 'is this necessary?’ and I’m thinking ‘well what will I do? I’m halfway there,'” Innis Dagg said.

When she returned to Canada and started working as a professor at the University of Guelph, she said she continued to face inequality. The dean at the time, denied her tenure.

“They said you can’t have it anymore because you’re a woman. It was a crushing blow, really. Because I’d been working so hard for so many years,” Innis Dagg said.

Innis Dagg then created the Anne Innis Dagg Foundation and now, her travelling exhibit at the University of Guelph, is drawing attention to the past and present obstacles faced by women in science, technology, engineering and math (STEM).

Innis Dagg’s daughter, Mary Dagg, is a board member with the foundation.

“A lot of the time women will say they don’t dress in anything that makes them look like a woman. So a lot of them wont wear makeup, they won’t wear dresses, they won’t wear any jewelry, they lower their voice. Some of them tape their breasts down. They don’t want to come across as a woman, they want to be seen as a scientists,” admitted Mary Dagg.

Innis Dagg said over time women have become more welcome in STEM but she said there are still challenges to overcome.

On the website for the Anne Innis Dagg Foundation, it said that Innis Dagg officially received apologies from the academic institutions that once shunned he. It also stated that in 2019 the University of Guelph established the Dr. Anne Innis Dagg Summer Research Scholarship, awarded annually to one female undergraduate student majoring in either Zoology or Biodiversity.

The travelling exhibit will remain in Guelph until August. It will then be installed at Wilfrid Laurier University in Waterloo.