People passing by let cattle out of barn fire, estimated $300K in damage 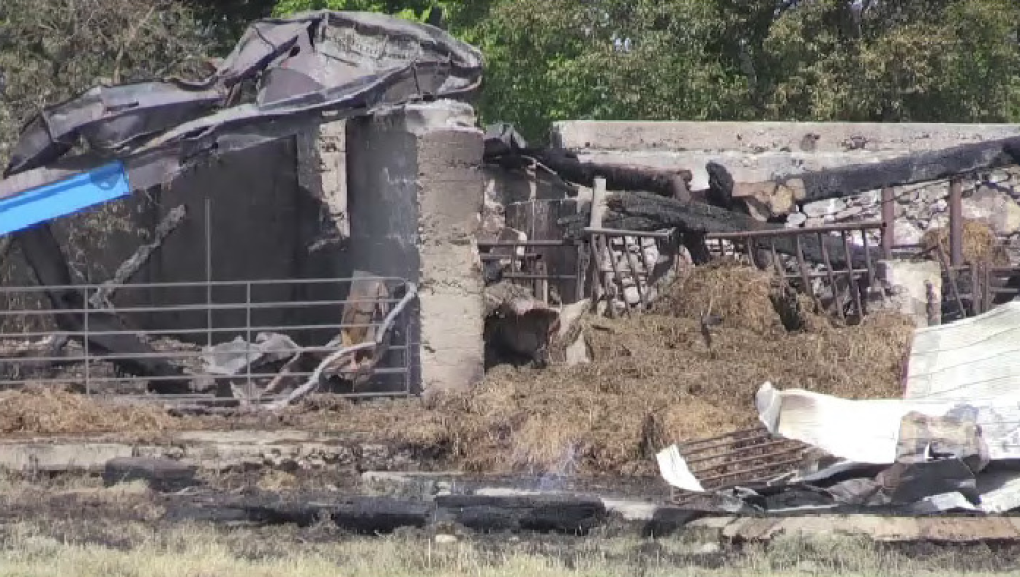 The aftermath of a barn fire on Manser Road in Wellesley. (Johnny Mazza - CTV Kitchener) (July 5, 2020)

WATERLOO -- People passing by a barn fire in Wellesley were able to let about five cattle out before flames completely took over the structure.

Firefighters were called to the incident at a farm on Manser Road around 12:30 p.m on Saturday.

They arrived to find the barn fully involved and the cattle already let out.

Damage is estimated at $300,000 and the barn is considered a total loss.

The fire is not considered suspicious. The cause is still undetermined.