Ontario makes it easier for families to adopt 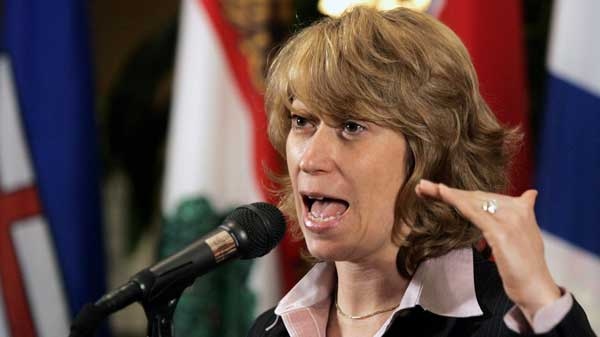 Ontario Environment Minister Laurel Broten talks during a news conference after a meeting of provincial and federal environment ministers in Toronto, Monday, May 28, 2007. (Nathan Denette / THE CANADIAN PRESS)

TORONTO - About 7,000 kids in Ontario will finally become eligible for adoption under updates to the Child and Family Services Act, which also include promises of more financial support for adoptive families.

Until now, access orders given to birth parents when a child goes into the care of a Children's Aid Society meant that child was ineligible for adoption, a situation that applies to three-quarters of the 9,000 Crown wards in the province.

"The existence of that order, even if there is no relationship and no contact, is an absolute barrier to a child being placed for adoption," said Children's Services Minister Laurel Broten. "This act...would increase the number of children being adopted, and help prospective parents build forever families."

The government wants to offer adoptive families more financial support after would-be parents complained subsidies they received as foster parents would be discontinued once adoption was completed.

It costs about $37,000 a year to keep a child in foster care, said Broten, so the province will talk with the 46 Children's Aid Societies -- which each administer their own subsidy programs -- about ways to continue the financial support after adoption.

"Within that ($37,000) framework we believe that we can find a pathway to look at a provincial framework for subsidies in a fiscally neutral way," said Broten. "Our commitment is to have a conversation with Children's Aid Societies, with experts, to look for a provincial approach to subsidies."

About 2,000 foster parents in Ontario currently get between $800 to $1,500 per month for each child, and Broten said new regulations are not needed to create a similar subsidy system for adoptive parents.

Updating the adoption rules will make a big difference in the lives of thousands of young people, said William Falk, an adoptive father and co-chair of the province's expert panel on infertility and adoption.

"This package of legislative changes and other supports for prospective parents and children will result in better outcomes for Crown wards and help make it possible for families to open their homes and hearts to waiting children," said Falk. "This means more permanent homes for more kids who are in the care of the (Children's Aid Society)."

The legislation will also be updated to allow 16- and 17-year-old youth who leave the custody of the Children's Aid Society to return and receive supports until they are 21.

The Ontario Association of Children's Aid Societies said re-opening the door to teens who leave is a major improvement.

"Once they leave, the door is closed," said association spokesman Adam Diamond. "It is great that the government is making sure the door is kept open so that youth who need help can go back."

The changes will also make it easier for Crown wards to attend college or university by exempting CAS financial support from student loan applications, so it doesn't count as income.

The province will also double the number of Adoption Resource Exchanges, which match adoptive families with children, and reduce the wait list for home studies required to begin the adoption process.

"The promise for subsidy reform will lead to much more fairness in removing the economic barriers to adoption," said Falk. "The Adoption Resource Exchanges and website improvements will mean the system will function more like an integrated system."

There are thousands of families who are ready to adopt, said Aleisha Deece-Cassidy, 15, who was adopted from foster care in 2008.

"It shouldn't be that I am the exception, the one lucky girl who got a family because my social worker believed in adoption," Deece-Cassidy said during a recent news conference with Broten. "It's now going to be easier for more kids to get the support and love that only a permanent family can provide."

It's vital that the legislation be passed before the legislature breaks in early June until after the Oct. 6 election, said Broten.

"There's no doubt about it lives will be made better because of it, and I want to get it passed," she said.

The Progressive Conservatives and New Democrats called on the government to also offer financial help to grandparents who are raising their children's children, usually with minimal financial support from the province.

There were about 1,000 public adoptions in Ontario in 2010, an increase of 21 per cent over the previous year.