The Ontario Human Rights Commission (OHRC) said learning to read is a basic, essential right that is being denied to a significant number of Ontario students, especially those with reading disabilities.

It issued 157 calls to action following its ‘Right to Read’ report.

Among the recommendations, are early screening, reading interventions and professional assessments. It also advocates for recognizing the term “dyslexia.”

Advocacy groups said these recommendations have been a long time coming.

The OHRC launched a public inquiry in 2019 after concerns arose about the education system failing to meet the needs of students with reading disabilities, like dyslexia.

“It’s in your head but you’re not able to get it out on the paper," she explained. "There’s like a disconnect between the brain and that writing."

Van der Veen is also a teacher in Waterloo Region. She said she often encounters kids that are not at the right reading level.

“They’re not grasping the concept. So what we’re doing is not working." 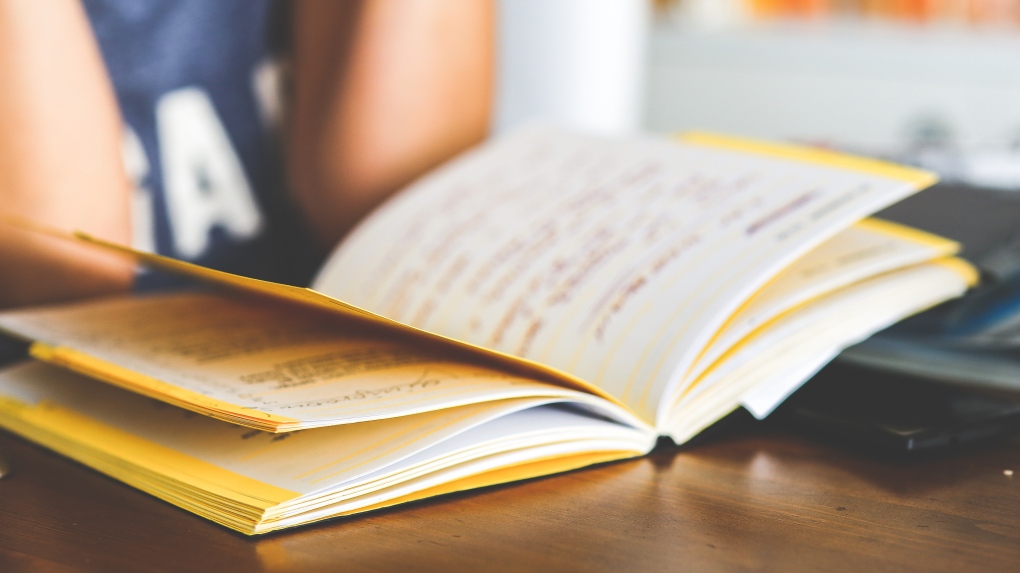 A student can be seen reading a notebook in this file photo. (Kaboompics/Pexels)

Both the Catholic and public school boards in the region acknowledge that there are systemic issues and barriers to work on as they implement the findings of the report.

“We’ve already started changing some of practices, specifically in early literacy in kindergarten to grade 2,” said Scott Miller, superintendent with the Waterloo Region District School Board.

“Over the past year, WCDSB has implemented the Heggerty program as a tier one classroom tool to support the development of phonemic and phonological awareness in our kindergarten and primary classrooms,” said John Shewchuk with the WCDSB, in an e-mail statement to CTV Kitchener.

Decoding Dyslexia Ontario said it's not just about the reading component, but also the long-term impacts reading disabilities might have on the students.

In response to the OHRC recommendations, the province announced a $25 million investment to strengthen reading support in schools for this school year and the next.

Education Minister Stephen Lecce said the province is overhauling the language curriculum with a focus on phonics, to give young people the skills they need to succeed.

The FBI search of Donald Trump's Florida resort is an extraordinary, historic development given that it targeted a former President of the United States and set off a political uproar he could use to stoke his likely 2024 White House bid.

In a growing challenge to Russia's grip on occupied areas of southeastern Ukraine, guerrilla forces loyal to Kyiv are killing pro-Moscow officials, blowing up bridges and trains, and helping the Ukrainian military by identifying key targets.