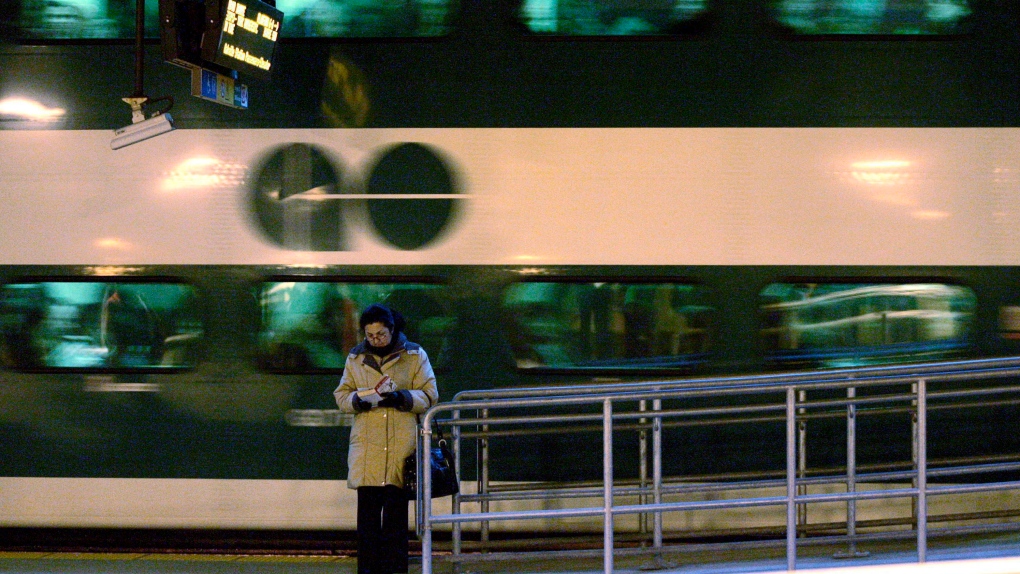 A woman reads a book as a GO commuter train pulls away from the platform at Toronto's Union Station, March 4, 2008. (J.P. Moczulski / THE CANADIAN PRESS)

As of Sept. 3, many new runs to Waterloo Region and Brantford will be added to GO Transit’s schedule.

Sept. 3 also marks the start of GO bus service running between Cambridge and Milton, as well as dozens of express buses travelling between Kitchener and the GO station in Bramalea.

Buses will leave the Ainslie Street terminal at 5:44 a.m., 6:09 a.m., 6:37 a.m. and 7:16 a.m., stopping at the intersection of Hespeler and Pinebush roads nine minutes later. Travel time from there to Milton’s GO station varies between 36 and 46 minutes.

Eight bus trips will head in the other direction through the afternoon and evening, with the first departing Milton at 1:45 p.m. and the last at 8:05 p.m., all arriving at Ainslie Street about an hour later.

The Kitchener-Bramalea buses will run hourly in both directions, with additional trips during the morning and afternoon commutes.

GO bus service to Brantford is also expanding, with 13 trips to the Aldershot GO Transit station and 13 trips from Aldershot to Brantford scheduled for every weekday, up from the current two trips in each direction.

Stops in Brantford are at the downtown bus terminal and at the intersection of Wayne Gretzky Parkway and Henry Street.

Detailed schedules are available on the GO Transit website.