In a media release, police said they were called to the area of Greenfield Avenue and Kingsway Drive around 3 a.m..

The incident is one of two early Thursday morning shootings in Kitchener under investigation by police.

In both incidents, no injuries have been reported.

Police said the incidents appear to be targeted.

On Thursday morning, police tape could be seen surrounding a small playground in the area of Greenfield Avenue and Kingsway Drive.

One resident who lives nearby who didn’t want to appear on camera told CTV News there's a public walkway in the area that a lot of people use.

She said there has been a lot of police activity in the neighbourhood recently and doesn't feel safe letting her kids play outside. 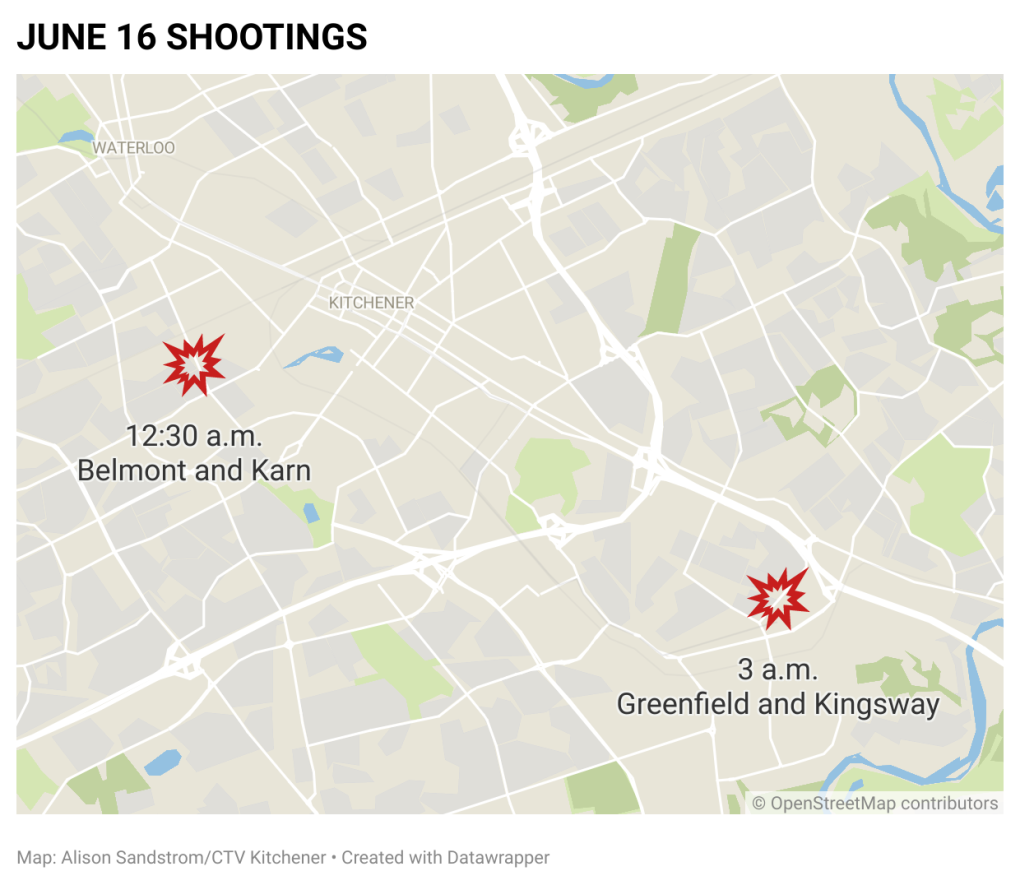 This incident involved multiple shots being fired at a vehicle in the location.

The shooting appears to be targeted.

The head of Ukraine's state-run nuclear energy firm said on Sunday there were signs that Russian forces might be preparing to leave the vast Zaporizhzhia nuclear power plant which they seized in March soon after their invasion.

Protesters angered by strict anti-virus measures called for China's powerful leader to resign, an unprecedented rebuke as authorities in at least eight cities struggled to suppress demonstrations Sunday that represent a rare direct challenge to the ruling Communist Party.

A peer reviewed study assessing over 800 elderly women has found that flavonoids -- a naturally occurring substance found in beverages such as black and green tea -- could lead to notable health benefits.

The federal government has unveiled its long-awaited Indo-Pacific Strategy, which details a decade of plans for investment and partnerships in the region, and signals a tougher stance on China going forward.

Federal Health Minister Jean-Yves Duclos says the previously announced one million units of imported kids' pain relievers are starting to arrive on pharmacy shelves, while an additional 500,000 units have been ordered and are expected over the next few weeks.