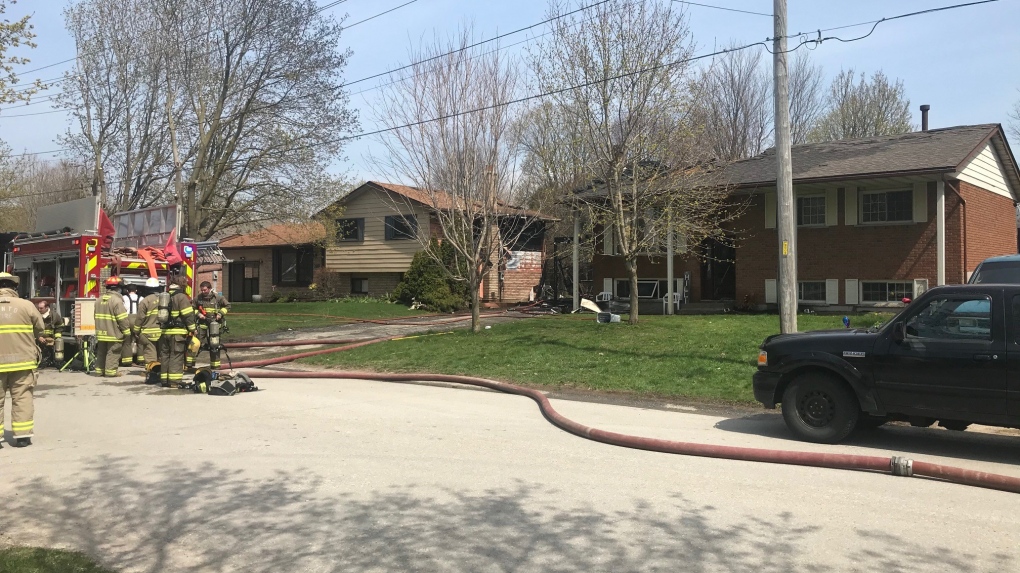 KITCHENER -- Two homes in Mount Forest were heavily damaged in a fire on Tuesday morning.

Officials said the fire started in the garage of a home on Church Street. It was engulfed in flames when crews arrived around 10:30 a.m.

The family was home at the time and officials said they were able to get out safely. They said they smelled smoke and saw the fire in the garage.

The residents were able to alert the people living in the neighbouring home. The fire spread from roof to roof.

It took more than 30 firefighters from four stations around two hours to get the fire under control.

"The use of the aerial trucks to get at the roofs was valuable in this fire because of the spreading from roof to roof," said Chris Harrow, Director of Fire Services with Minto and Wellington North Fire.

Officials said the residents of both homes were displaced by the fire. Victims services were at the scene to help the residents.

The fire isn't considered suspicious and officials said the cause is still under investigation.