Testing numbers increased by 539 from Friday and by 749 the day before that. Two weeks ago, testing opened up to the general public at local testing and assessment centres.

The 19-year-old accused of fatally stabbing a Brantford, Ont., man in his home has now been identified as the victim’s son. Malcolm MacNeil has been arrested for first-degree murder and failing to comply with bail conditions.

According to Brantford police, an OPP officer in Perth County was conducting a traffic stop just after midnight on Tuesday. Their investigation led them to a home on Wayne Drive, where they found the body of 54-year-old Don MacNeil.

Waterloo Catholic school board decides not to fly any Pride flags

The Waterloo Catholic District School Board will not be flying any flag to mark Pride month during the month of June. In a news release Friday, the Board said the flag decision comes following feedback from students and the community.

An altered version of the Pride flag, was proposed as an alternative to be flown instead of the internationally-recognized rainbow flag which many students had requested in a petition.

A heated debate sparked when one trustee spoke out in favour of the new flag and against the traditional Pride flag, stating “Pride is the deadliest of the deadly sins.” He later clarified the comments were taken out of context.

More than 40 guinea pigs could be loose in Waterloo neighbourhood

Several guinea pigs have been found in a wooded area in a Waterloo neighbourhood, but there could be dozens more still on the loose.

According to the GPS Guinea Pig Sanctuary, this isn't the first call they've had about guinea pigs being found in Heasley Park.They say that seven have been recovered so far, but they believe there could be as many as 40 of them on the loose and believe that someone is dumping them there. 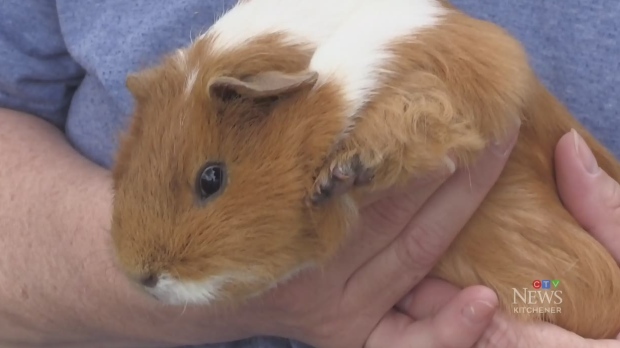 A Kitchener, Ont., man was surprised when he checked his mailbox on Monday to find a U.S. pandemic relief cheque addressed to his late mother. Joe Preiditsch says his mother, Marlene Preiditsch, died in January of 2018 after living in Kitchener since 1980, but still being a U.S. citizen.

The U.S. government has sent millions of people one-time payments of US$1,200 as part of a US$2.2 trillion COVID-19 relief package. Preiditsch says that when he received the one sent to his mom, he had a couple of reasons to raise his eyebrows. 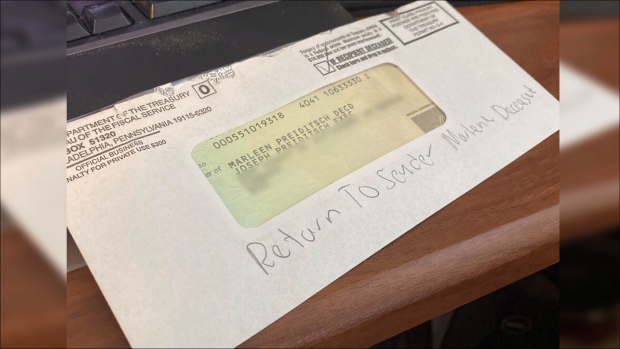