An unwanted fresh coat of paint adorned a memorial bench in Kitchener’s Brigadoon neighbourhood Wednesday morning in an attempt to cover up three names that had been carved into the bench earlier this week.

The bench, which is a memorial for late Canadian actor and director Ted Follows, was placed in Follows’ neighbourhood five years ago after the 89-year-old succumbed to a seven-month battle with lung cancer.

The late actor's wife, Susan Follows told CTV News she wanted the bench placed in the area where the two lived, saying they walked almost daily through the neighbourhood park.

Follows said in the time since the bench was erected, it has remained in good condition - until recently.

Follows posted to Facebook earlier this week when she discovered three names had been carved into the memorial. On Wednesday, she was shocked to see the bench was vandalized once again.

“When I came this morning it had been covered over and painted,” said Follows. "It's still wet.” 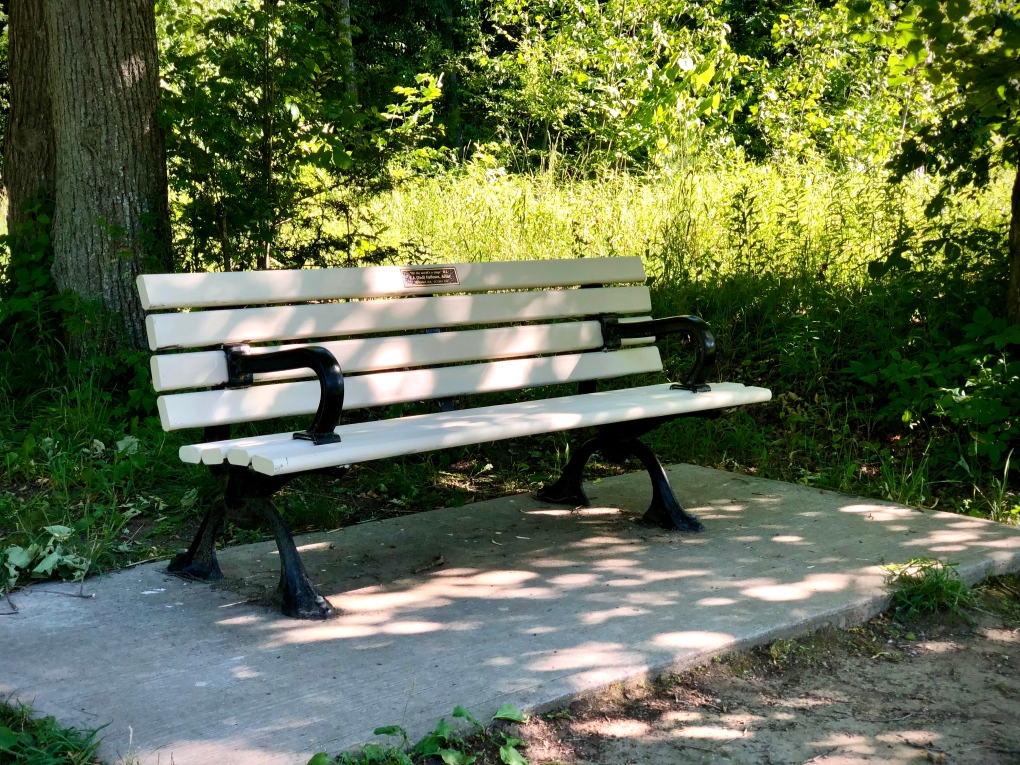 The Ted Follows memorial bench sits with a fresh coat of paint on Wednesday after being defaced. (Spencer Turcotte/CTV News)

When CTV News arrived at the park, a woman who said her family was responsible for carving their names into the bench was there painting it in an apparent attempt to undo some of the damage.

The woman, who declined to be identified or interviewed on camera, told CTV News she was there trying to repair the damage and resolve the issue.

She added her family was unaware it was a memorial bench.

“I'm trying to fix it, and I'm trying to do the right thing, and there's nothing else I can do about it,” the woman told CTV News.

City of Kitchener said staff are aware of the damage and will work as quickly as possible to repair it.

The city also asked residents not repair or clean city property, saying it might cause more damage and require more repairs.

A new study by climate scientists suggests some 'hot spot regions' around the world contain ecosystems that are at-risk due to water availability.