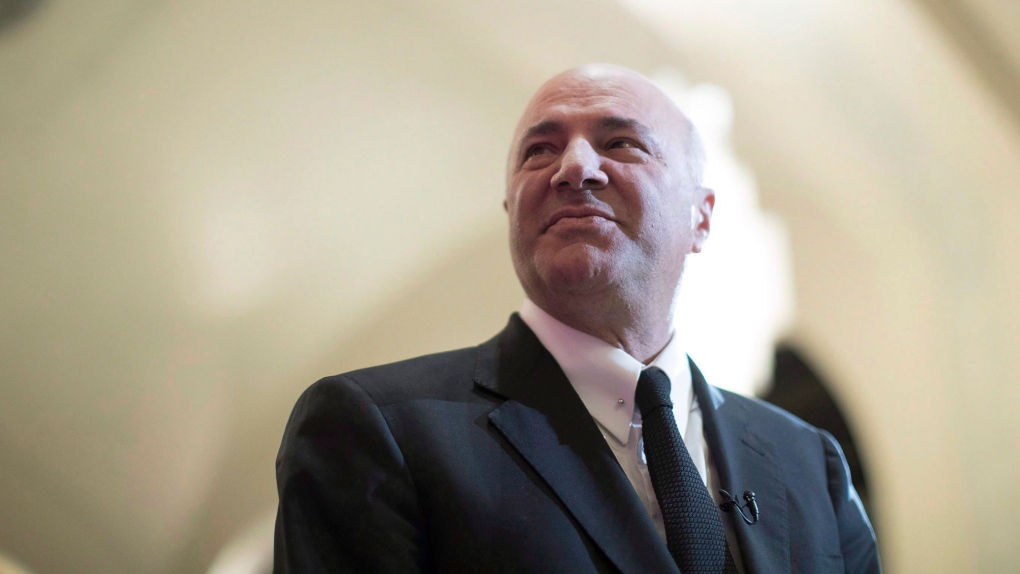 Kevin O'Leary prepares to speak at the Empire Club luncheon in Toronto, on Friday April 7, 2017.THE CANADIAN PRESS/Chris Young

TORONTO -- A fatal boat crash on an Ontario lake this summer has prompted a wrongful death lawsuit against celebrity businessman Kevin O'Leary and his wife Linda O'Leary, who was driving their vessel.

In an untested and unproven statement of claim, relatives of a Susanne Brito -- one of two people who died in the collision -- seek $2 million in damages from the O'Learys as well as from the driver and owner of the second boat.

The crash occurred on Lake Joseph in Seguin, Ont., late one night in August when the O'Learys' boat, with Brito aboard, collided with one driven by Richard Ruh, 57, of Orchard Park, N.Y.

A Florida accountant, Gary Poltash, 64, who was on Ruh's boat, died at the scene. Brito, 48, a woman from Uxbridge, Ont., was critically injured and died in hospital.

The lawsuit, filed in Superior Court in Oshawa, Ont., argues Brito's death was the result of negligence.

Among other things, it argues Kevin O'Leary, 65, of Toronto, knew or should have known that his 56-year-old wife was "incapable of operating the power boat with due care and attention" but let her drive anyway even though she had a propensity for speeding and had no licence.

"He negligently entrusted his power boat to the defendant, Linda O'Leary, when he knew, or ought to have known, that she was an inexperienced and unsafe driver," the claim states.

The claim also asserts Linda O'Leary failed to keep a proper lookout, was driving too fast, and failed to heed the horn of the Ruh boat, owned by Irv Edwards, of Manhattan Beach, Calif., who is also a defendant.

"She suddenly and without warning drove the O'Leary power boat directly into the path of the Ruh power boat," the claim asserts.

Police charged Linda O'Leary, who broke her foot in the crash, with careless operation of a vessel. She could not immediately be reached for comment. Her lawyer, Brian Greenspan, has previously said she was driving at a reasonable speed.

The lawsuit similarly argues Kevin O'Leary failed to keep a proper lookout, didn't have proper training or a boat-operator licence, and failed to give the other boat the right of way. It also asserts he had a history of poor vision, and that health professionals had advised him against operating a power boat or only under limited circumstances.

Kevin O'Leary is not facing any charges in the incident.

The suit seeks punitive and aggravated damages as well as general damages from the O'Learys.

"Our family has lost a beautiful, loving person," Brito's mother Rosa Ragone said in a statement on Wednesday. "We are devastated. We sincerely hope that through this process, that justice is served."

The Canadian Press first published this article on Nov. 6, 2019.