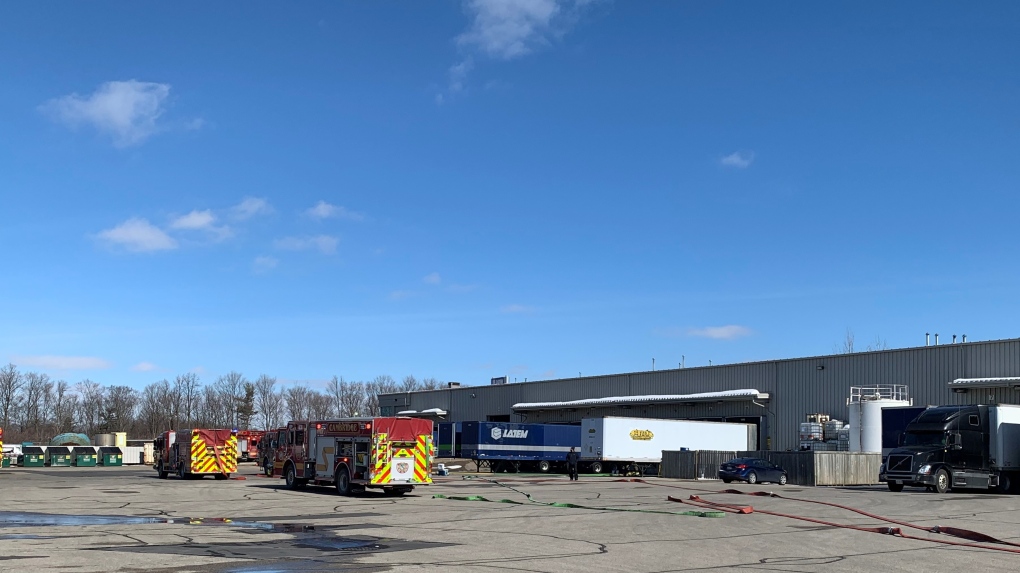 Fire trucks at a building on Struck Court in Cambridge on March 2, 2021. (Stephanie Villella / CTV Kitchener)

According to a social media post, crews had the fire on Struck Court under control by about 11:20 a.m.

Officials noted that there were no reported civilian injuries.

At the time of the post, investigators were on their way to find out the cause, origin and circumstances of the fire.

Police officers were also on scene to help block the roads while crews battled the flames. It's not yet known how long the roads will be closed.

This is a developing story. More to come…

Firefighters from 4 stations are on scene of a working industrial fire on Struck Court. Crews have gained fire control and no civilian injuries reported. Fire Investigators are enroute to determine cause, origin and circumstances @cityofcambridge @CPFFALocal499 pic.twitter.com/DzV1Z7hK7N