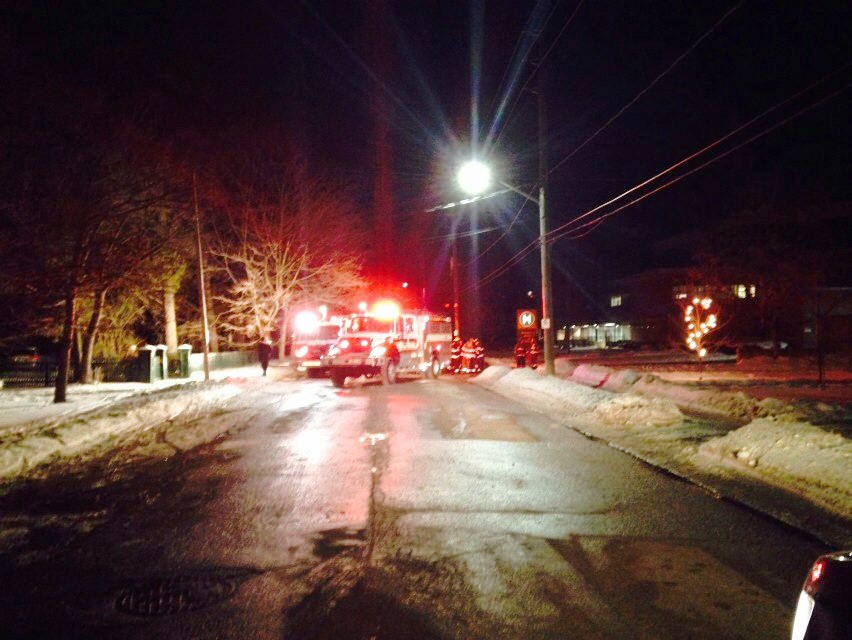 One woman was taken to hospital following a suspicious fire in Fergus on Monday, Jan. 25, 2016. (Abigail Bimman / CTV Kitchener)

A house fire in Fergus that sent one person to hospital is being treated as suspicious.

Firefighters were called to a house on Union Street West, near Tower Street, around 4 p.m.

According to Centre Wellington Fire and Rescue chief Brad Patton, a woman rescued from inside the home was taken to hospital.

Her injuries were said to be serious, but not life-threatening.

One firefighter was treated at the scene for smoke inhalation.

Several blocks of Union Street remained blocked off as of 7 p.m.