Residents of a south Cambridge neighbourhood describe being woken up by loud explosions Sunday as an early morning fire destroyed a historic farm house.

Crews had been preparing move the 160-year-old century home to make way for a new subdivision development near Maple Bush Drive and Wesley Boulevard.

Around 4 a.m. Sunday, the sky was lit up orange as it burnt to the ground.

“[There were] huge balls of flames coming up with a lot of smoke,” said Mike, who lives in the area and declined to give his last name.

“We heard a massive bang, my husband actually thought it was someone breaking into the house so he got up and then we saw trucks flying down the street,” said another neighbour.

The Cambridge Fire Department said no one was injured in the blaze. 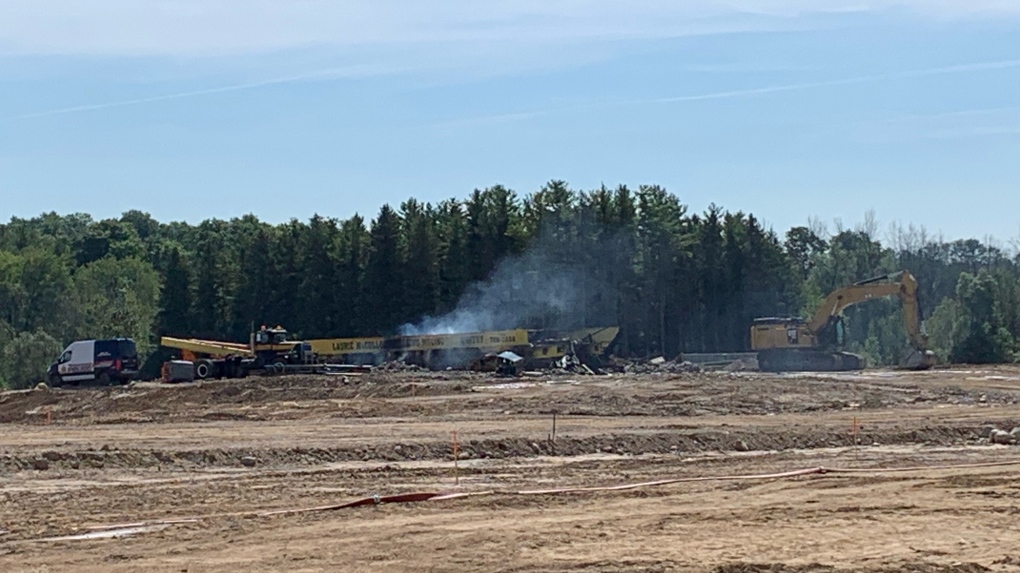 Smoke rises from one of the lots at a subdivision development near Maple Bush Drive and Wesley Boulevard in Cambridge on Aug. 28, 2022. (Krista Sharpe/CTV Kitchener)

Fire crews remained at the site putting out hot spots throughout the afternoon.

Multiple neighbours told CTV News a party with a number of young people happened at the lot overnight. They said they called police around 2 a.m. and 3 a.m. to complain – then called again around 4 a.m. when they heard explosions and saw fire.

The structure that went up in flames was a century home on the city’s heritage registery. 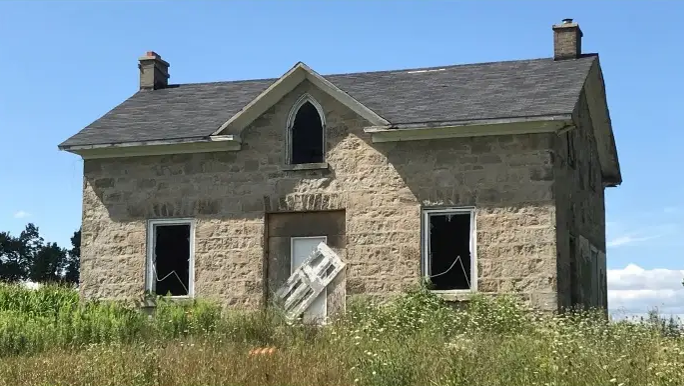 The Architectural Conservancy Ontario says the gothic-style farmhouse was built sometime between 1855 and 1860. (Council agenda package/City of Cambridge)

“It was a gothic-style farmhouse,” Michelle Goodridge, a board member at the Architectural Conservancy Ontario explained.

The historic home was being prepped to be moved to a different spot for preservation.

“It's a tragedy that this has happened and it happened so close to being able to relocate it,” Goodridge said.

Waterloo regional police did not immediately respond to requests for more information about the fire.

At this point, the cause of the blaze is unknown.

CLICK ON THE GALLERY BELOW TO SEE MORE PICTURES