Guelph police seize 1,000s of fentanyl doses in one of force's largest seizures 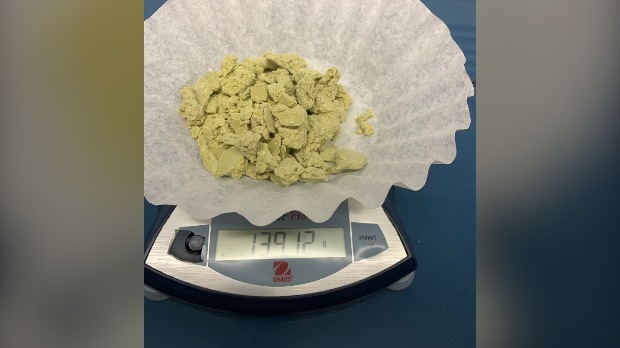 KITCHENER -- Guelph police say they took thousands of doses of fentanyl off the streets in one of the largest fentanyl seizures in their history.

Officers performed a traffic stop on the Hanlon Expressway near Wellington Street in Guelph around 2:35 a.m. Thursday.

Police say one of the men inside the vehicle was wanted for outstanding charges.

Police searched the vehicle and found around 275 grams of fentanyl, with a street value of approximately $30,000.

Officials say the driver struggled with police and an officer deployed a Taser in order to arrest him without further incident.

A 55-year-old man and a 35-year-old man, both from Guelph, were charged with possession for the purpose of trafficking.

They were both held for a bail hearing.