A class of Guelph high school students have built an accessibility ramp at a woman's home after she lost her leg.

Grade 11 students in a construction class at St. James Catholic High School were introduced to the idea of helping out Yvonne MacIsaac when Stephanie Zonneveld, project lead with the Wellington Catholic District School Board, proposed it.

"She’s given so much to our school board, to our community, that it seemed like it was at least worth a try to see if there was some way to give back and support that," said Zonneveld.

Until recently, MacIsaac felt as though she had lost all freedom.

"It looks like we're going to have to do a below-the-knee amputation," MacIsaac said, recalling a conversation she had with her doctor last year. "My husband, he would have to carry me from my bed all the way to my chair that was waiting out here."

Her entire leg was later removed because of complications following her surgery. She also learned that she is not a candidate for prosthetics and may lose her second leg because her diabetes is preventing her body from healing properly. 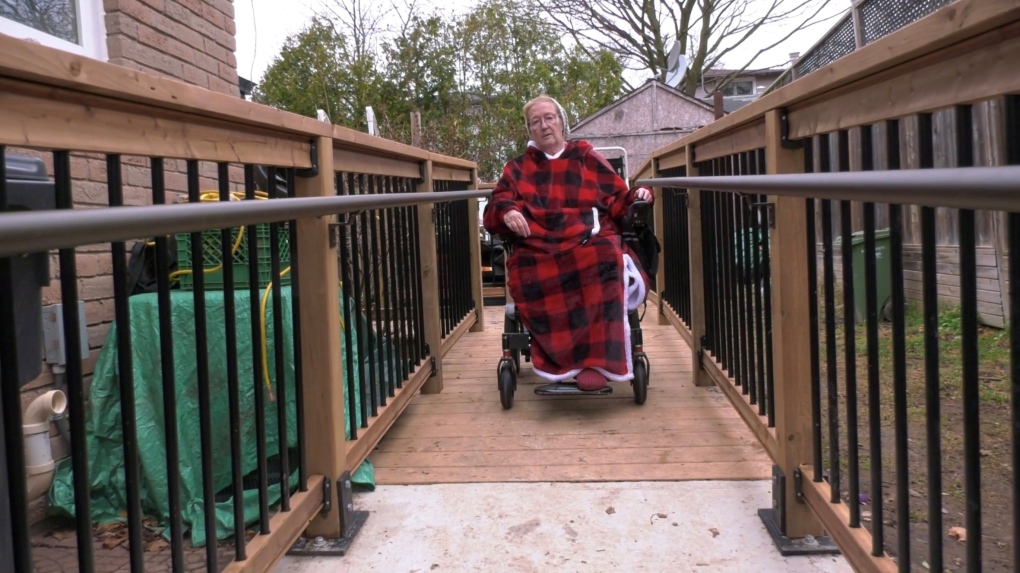 Yvonne MacIsaac says the new ramp has greatly increased her ability to get around her home. (Spencer Turcotte/CTV Kitchener)

MacIsaac says getting in and out of her home has become increasingly difficult. She says there's barely any room to move while using her electric wheelchair and has been staying in the living room because of her inability to go up stairs.

But when the idea was brought to St. James CHS construction teacher, Jerry Della Savia, he thought it was the perfect opportunity to take skills learned during class and have students apply them in a valuable way in the community.

"To not only learn the skills, but in the end, they knew what the final game was. And that was to help this person gain back some of their independence," said Della Savia.

The students tasked with the project were on board. By the middle of September they began work on it and in just over a month it was complete, with help from Tacoma Engineers Inc. in Guelph. 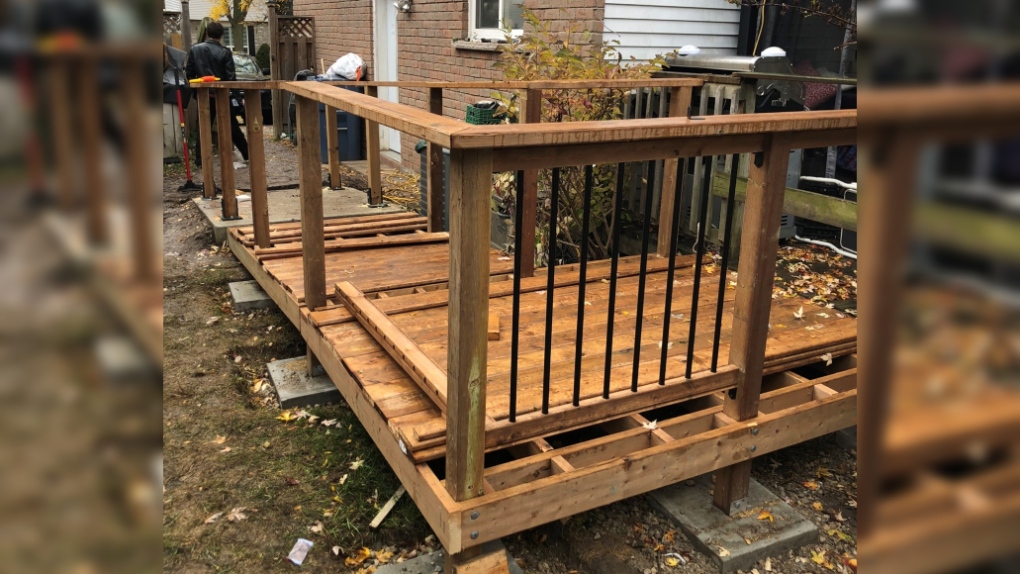 It took the students just over a month to complete the ramp. (Submitted/Jerry Della Savia)

"It’s a tough thing she had to go through but any way we could help her is good," said Joshua van Milligen, one of the students who worked on the ramp. "I thought it was pretty cool that we got to go outside of the school and we got to learn something new that you wouldn’t learn in a normal day of class," said another student, Talen Brown.

The ramp underwent several inspections, ultimately getting the stamp of approval from City of Guelph staff and most importantly, MacIsaac herself.

"I say it every Saturday out loud 'oh, I'm free!' And I roll down there while my husband and daughters are sitting down there thinking I'm crazy," MacIsaac said, explaining her route from the ramp to the gate. 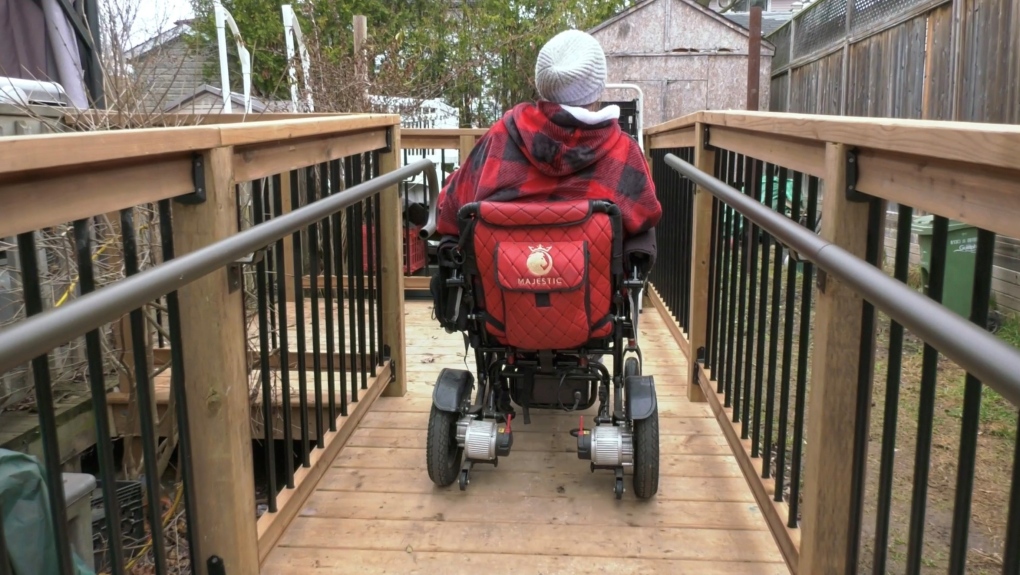 The students' work has received the stamp of approval from city staff and most importantly, MacIsaac herself.

MacIsaac showed CTV News how easy it is her for her now to get from the backyard to the front, thanks to the newly-built ramp.

MacIsaac says the life-changing experience came at a time when everything appeared to be going downhill, but she now feels more prepared to tackle her uphill battle with a little more ease.

A GoFundMe page has been set up to help MacIsaac with ongoing medical expenses and renovations that need to be done to her home in order to make it more accessible.