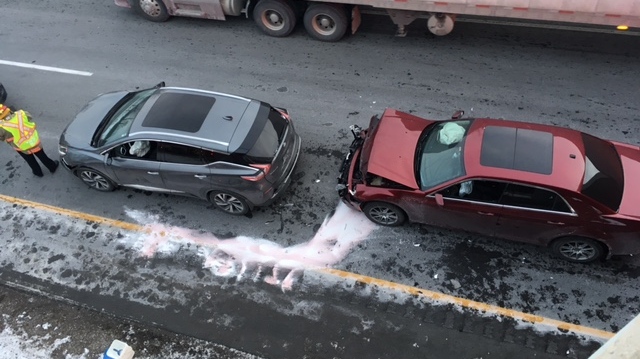 At least two vehicles were involved in the crash beneath the Lexington Road overpass.

One of the vehicles involved sustained damage to its front, and airbags were deployed in multiple cars.

It's not yet clear what caused the crash or whether anyone was hurt.

Tow trucks were on scene removing the vehicles by 4:50 p.m.

Traffic was backed up for quite some distance while emergency crews worked to clear the scene, blocking the left lane in both directions.