Couple arrested after allegedly forgetting $11,000 worth of drugs in Ont. hotel room

Couple arrested after allegedly forgetting $11,000 worth of drugs in Ont. hotel room 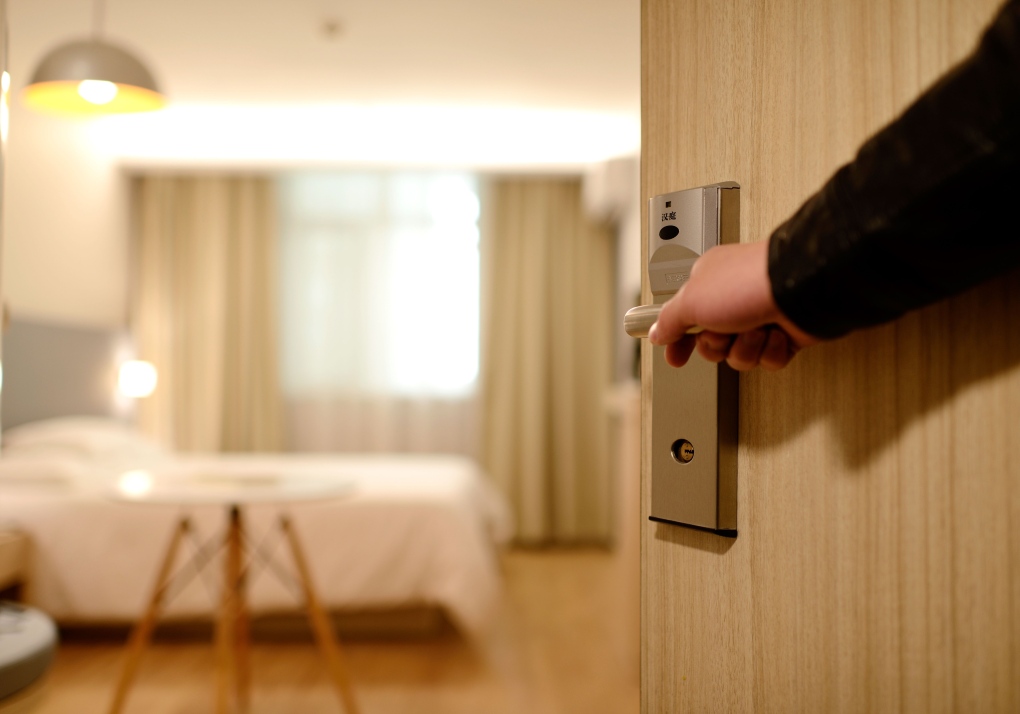 A hotel room appears in a stock photo. (Pexels/Pixabay)

A man and woman from Bracebridge, Ont. have been arrested after police say $11,000 worth of drugs were accidentally left in a Guelph hotel room.

Guelph police say officers were called to the north-end hotel on New Year's Day. Staff said they had searched a room after guests checked out and found a sock stuffed with what looked like drugs.

Police examined the sock and found it contained suspected cocaine, fentanyl, heroin and prescription opioids with an estimated value of $11,100.

On Tuesday, a 34-year-old man and 31-year-old woman were arrested in another jurisdiction and returned to Guelph. Each face five counts of possessing controlled substances for the purpose of trafficking.

The British Columbia government has introduced legislation to make Sept. 30 a paid statutory holiday marking the National Day for Truth and Reconciliation.

A former actor in the movie 'Dances With Wolves' who is facing eight sex-related charges in Nevada is also facing a charge in British Columbia.

Germany, Denmark and the Netherlands announced Tuesday that they plan to provide Ukraine with at least 100 refurbished Leopard 1 battle tanks, a pledge that comes as Kyiv anticipates a new Russian offensive around the anniversary of its invasion.

A dog named Kujo will be euthanized after a B.C. judge determined the animal is "likely to kill or injure" if released from the pound.

Zoom is cutting about 1,300 jobs, or approximately 15% of its workforce. CEO Eric Yuan said in a blog post Tuesday that the company ramped up staffing during the COVID-19 pandemic, when businesses became increasingly reliant on its service as people worked from home. Yuan said Zoom grew three times in size within 24 months to manage demand.

Search teams and emergency aid from around the world poured into Turkiye and Syria on Tuesday as rescuers working in freezing temperatures dug, sometimes with their bare hands, through the remains of buildings flattened by a powerful earthquake. The death toll soared above 6,200 and was still expected to rise.