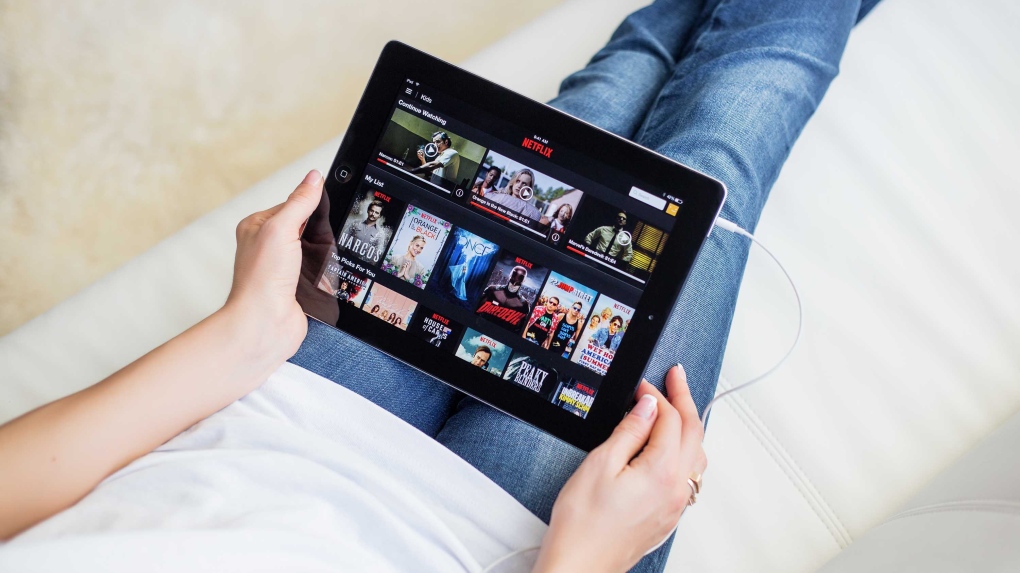 Netflix is seen on a tablet in this file photo. (Shutterstock)

The rising cost of living is forcing Canadians to prioritize the streaming subscriptions they enjoy the most, the Angus Reid Institute says.

It’s not uncommon for a single household to have subscriptions to multiple streaming services but with an increase in cost to those subscriptions, advertisements being introduced and some services threatening to monitor password sharing, many users are cancelling their accounts, the research institute said in a media release.

New data released by Angus Reid Thursday shows one in three residents of Canada have cancelled at least one streaming service in the past six months. When asked the reason behind that decision, at least half of the responses cited the cost of living crisis.

Cuts to subscription portfolios was another reason given as others say they weren’t using certain services as often (39 per cent ) or they weren’t satisfied with the selection provided (24 per cent).

Despite streaming companies losing business from many, more than four in five (85 per cent) users say they still have at least one subscription, up from approximately half in 2016.

Canadians are also cutting back on traditional viewing methods. Now, only three in five say they subscribe to cable or satellite TV. That’s down five percentage points from 2018 and 27 points over the past decade.

Cable is still appealing to a certain demographic though. Four in five Canadians aged 54 or older say they still subscribe (82 per cent), while only half as many Canadians aged 18 to 34 are doing the same (41 per cent).