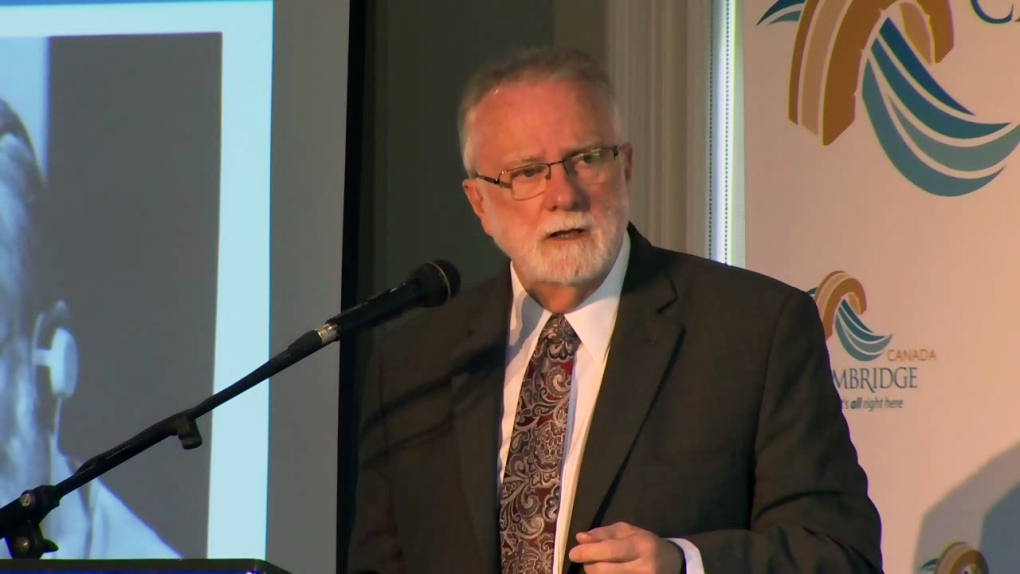 Cambridge Mayor Doug Craig delivers his state of the city address on Thursday, May 12, 2016.

Cambridge Mayor Doug Craig addressed a crowd of business leaders and other residents Thursday morning at his annual State of the City address.

In his speech, the mayor highlighted what he sees as the city’s strengths, including its strong manufacturing sector and its overall economic progress.

He also focused on his attempts to work collaboratively with other local mayors to advance projects that would benefit Waterloo Region or an even wider area as a whole, rather than competing against them to lure individual businesses or rounds of funding.

“Our competition is outside of this area. It’s in other areas of Canada and other areas internationally,” he said in an interview.

Economically, he said that the tech boom seen in Kitchener and Waterloo would “for sure” expand to Cambridge in the coming years.

A big focus of his speech was on improving the Grand River as a selling point for Cambridge, by building pedestrian bridges and trails as well as supporting private-sector development around the river.

“Our history has been built around the rivers. Our future also is bringing people together and celebrating the fact that we are a river city,” he said.

Craig also reiterated his desire for GO train service to be brought into Cambridge. The mayor has said that running between Toronto and Milton could be extended to Cambridge for $110 million, and has pitched the province on the idea.