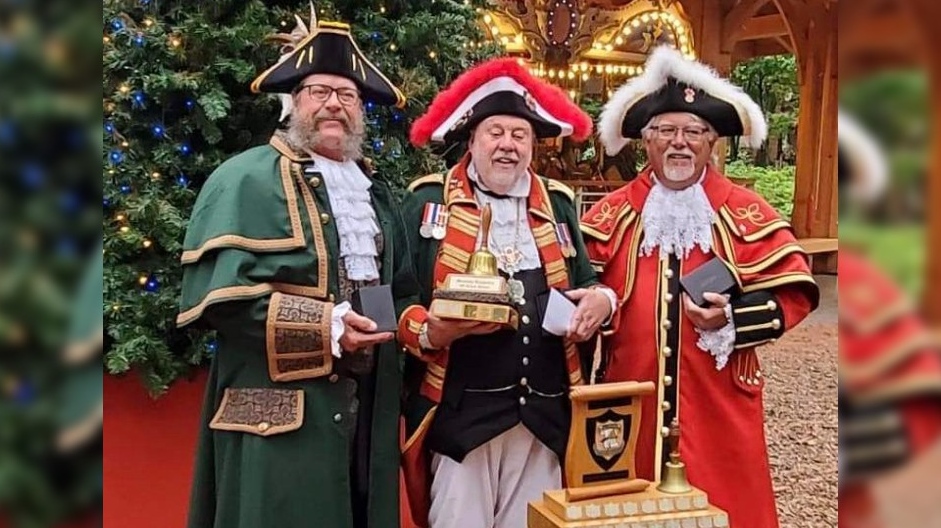 David McKee was awarded first place at the Ontario Guild of Town Criers Provincial Championship on Monday for the seventh time in his career. He is now tied with Chris Whyman and his younger brother Bill McKee for the most wins.

“OYEZ! I am incredibly grateful to receive this award, especially during my 30th year as Brantford’s town crier,” says David McKee in a media release sent out by the City of Brantford. “I look forward to many more years of being part of Brantford’s history and representing our city at home and abroad.”

The most recent provincial competition was the first one held in two years due to COVID-19. The theme was the Queen’s Platinum Jubilee and it took place at the Bracebridge Farmers’ Market.

A town crier makes announcements for their town or community. They attend functions and ring their bell to get a crowd’s attention, often opening with the word "OYEZ!” (oh yeah!), which is an old French term, or "Hear YE!".

At Monday’s competition, contestants were judged on an opening cry of their choice, as well as a cry to promote the new attractions at Santa’s Village.