After a carefree honeymoon to Italy and Greece, Cambridge, Ont. resident Nakita Rees and her husband landed back home in frustration.

“My husband's luggage did not return back from Montreal to Toronto, mine did, and his didn’t,” Rees said. “We’re still in the ongoing process now. It’s coming on four and a half months.”

Rees said they’ve been tracking his luggage since it’s been in Air Canada’s care, but they can’t retrieve it.

“I’ve been in contact with them because we’ve seen our luggage move from Montreal via a car not a cargo plane, back to YYZ, and it is now in a public storage facility, and now they are just kind of brushing me off,” Rees said.

Rees said their AirTag has been at a public storage area in Etobicoke since October.

After multiple attempts to contact Air Canada for answers, they decided to check the storage area themselves.

They drove to the facility and walked around outside until the AirTag tracker said they were right on top of the bag.

“He just started shining his flashlight into storage facilities through the door, and he came across the one that had baggage, floor to ceiling, wall to wall,” Rees said. 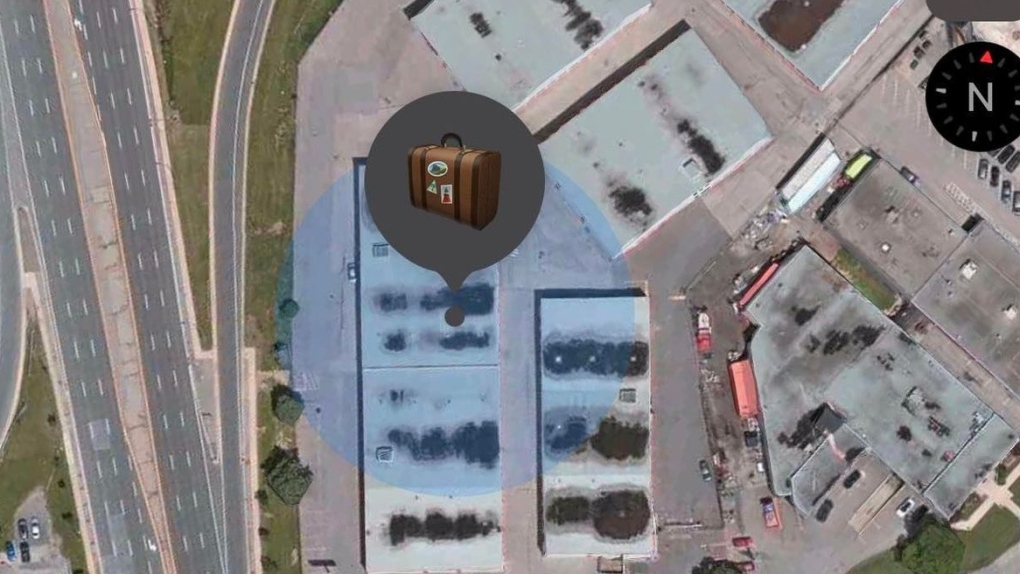 Nakita Rees said they tracked their AirTag to a storage facility in Etobicoke. (Sumitted/Nakita Rees)

With no way to get inside, they left.

"I sent an email to Air Canada and they said your case has been resolved, if you have an issue with baggage, contact baggage, and now I’m left in the dust," Rees said.

CTV News reached out to Air Canada to ask how the AirTag may have ended up at public storage, and a spokesperson said: “This facility is not an Air Canada facility, therefore, we have no information to provide.”

Rees has been compensated for the lost luggage, but said the amount was less than the total value of what they lost.

Lukacs believes the case “crossed the line from civil to criminal.”

Rees said they will continue to put pressure on the airline for answers.