After big sale, Canada's gold reserve down to 77 ounces 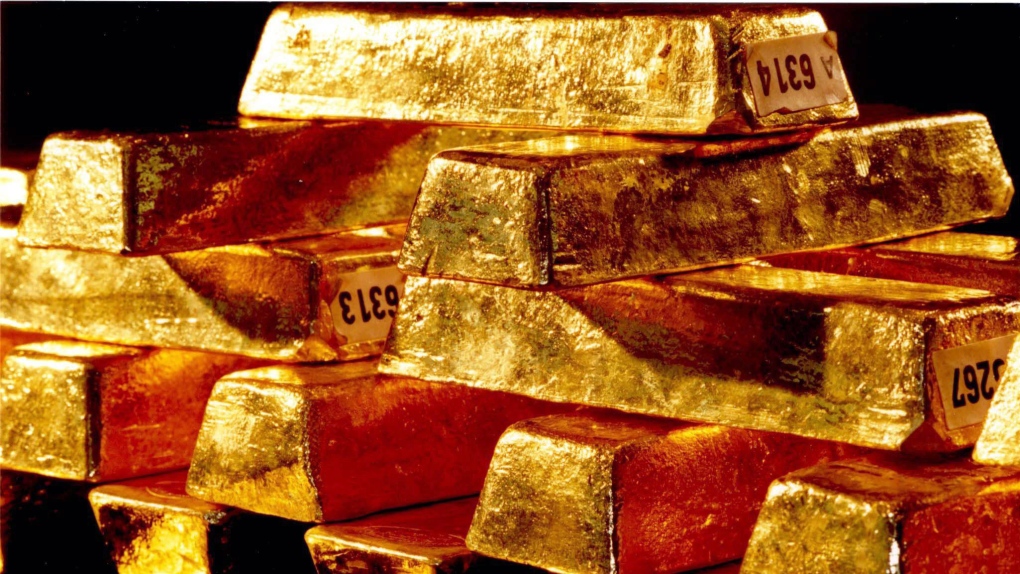 OTTAWA -- The Canadian government has nearly completed a gradual sell-off of its gold reserves as its holdings of the precious metal now amount to just a few dozen ounces.

Data from the World Gold Council suggest Canada stands apart from its industrialized peers as the only G7 country without a stockpile of at least hundreds of tonnes of gold.

The department says the government now holds just 77 ounces of gold -- valued around $130,000.

A department spokesman says the government has a long-standing policy of diversifying its portfolio by selling physical commodities like gold in order to invest instead in assets that are more easily traded.

Former senior Finance Department bureaucrat Don Drummond says he doesn't think it makes any sense for Canada to hold any gold because it hasn't delivered a good rate of return over time and it costs money to store it.

Drummond says that hundreds of years ago gold symbolized the wealth of a country.

Canada has been gradually selling from its gold stash for decades and, in recent years, the government has increased its holdings of U.S. and British currencies.

In February, the U.S. held about 8,133 tonnes of gold, which made up 72 per cent of its reserves, according to the World Gold Council.

The council also said Germany had 3,381 tonnes for 66 per cent of its reserves last month, while Italy and France each held more than 2,400 tonnes -- over 60 per cent of their respective reserves.