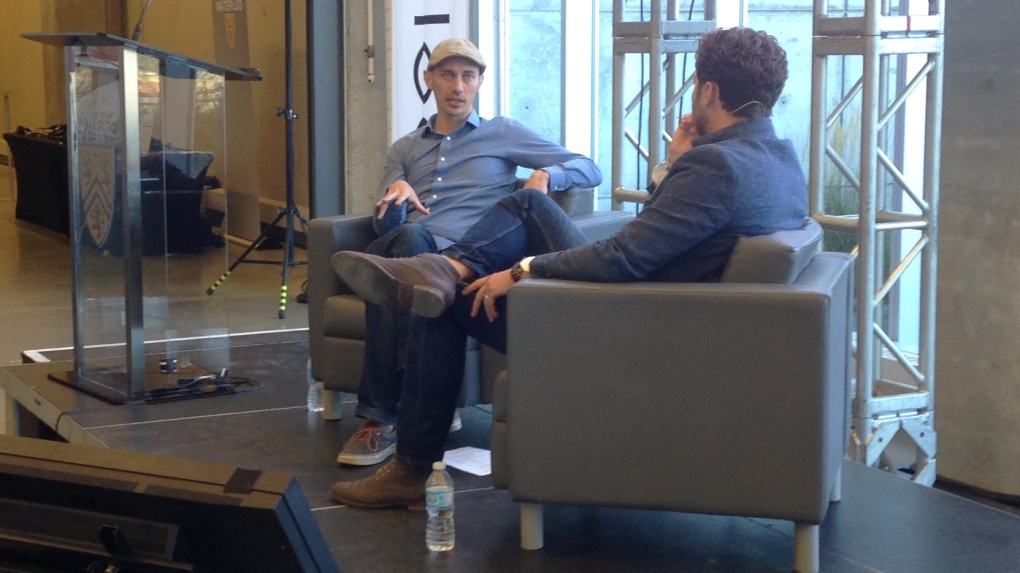 Shopify CEO Tobias Lutke (left) and Vidyard founder Michael Litt speak at the University of Waterloo on Thursday, Oct. 1, 2015. Their companies ranked No. 24 and No. 16 respectively in Deloitte's 2017 Fast 50. (Brian Dunseith / CTV Kitchener)

Waterloo Region seems to be punching well above its weight when it comes to fast-growing tech companies.

Deloitte has released its annual Fast 50 list, which measures Canadian tech firms by revenue growth over a four-year period.

Six Waterloo Region-based companies are on this year’s list. Only Vancouver and the Greater Toronto Area have more representation.

Topping the national list is London-based lifestyle and entertainment publisher Diply, which reported revenue growth of more than 90,000 per cent. In total, six companies reported four-year growth of at least 10,000 per cent.

The first Waterloo Region entry on the list comes at No. 16, with video platform provider Vidyard and its four-year growth rate of 2,140 per cent.

Corporate training software creator Axonify was ranked No. 23, with advertising solutions provider Sortable at No. 28.

Rounding out the local entries on the list were eSentire at No. 39, Magnet Forensics at No. 48 and TextNow at No. 50.

Deloitte also released a list of 11 Canadian tech companies to watch, suggesting they may end up in the Fast 50 in the future.

There were two Waterloo Region entries on that list – Kitchener’s MappedIn and Waterloo’s FleetCarma.