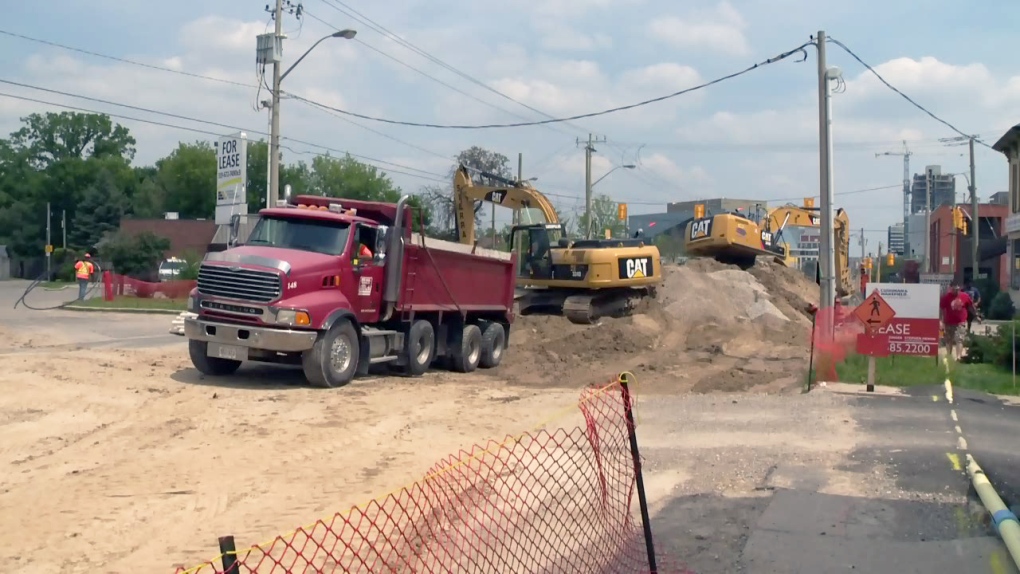 Construction equipment works around the intersection of King and Wellington streets in Kitchener on Monday, July 13, 2015.

One of the most prominent is at Courtland Avenue and Block Line Road, which will be closed until Oct. 10.

The recommended detour for drivers is along Manitou Drive, Bleams Road and Homer Watson Boulevard.

Also closing next week is the intersection of King and Wellington streets, which has remained accessible for drivers despite King being closed between Wellington and Victoria Streets.

That intersection is scheduled to reopen Sept. 19.

Other changes to Kitchener’s construction map next week include:

Closure of the intersection of Greenville and Borden avenues (until Sept. 12)

The closure at Ottawa and Mill streets, which took effect May 2, will now be extended to Oct. 7

In all cases, officials say, businesses and residences near the closures will remain accessible and pedestrians will be able to get around the areas.