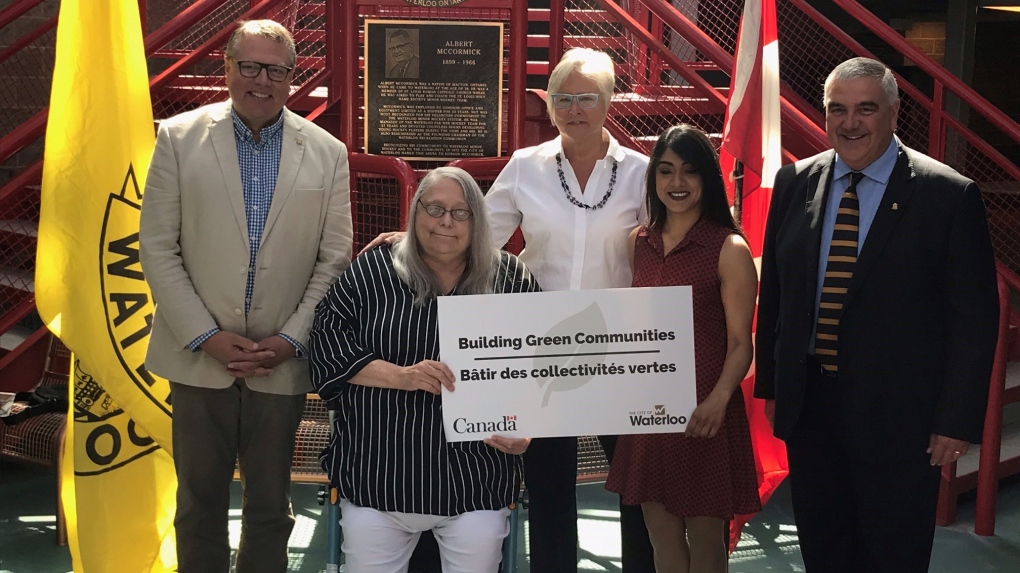 The federal government and City of Waterloo are giving the Albert McCormick Community Centre nearly $3 million in combined funding to retrofit the facility.

As a means to improve energy efficiency, accessibility and inclusivity, the federal government is contributing $2.3 million while the City of Waterloo is providing nearly $600,000.

Speaking at the announcementon Tuesday, Brenda Robinson, co-chair of the Grand River Accessibility Committee, said she thinks the updates will encourage people in the community to be more active.

“No one will be excluded,” said Robinson. “Often it’s hard to make something accessible for everybody at the same time. But doing the best you can is certainly better than doing nothing at all.”

Some of the funding will be focused on making the facility more energy efficient by retrofitting the lighting and building.

Other work includes improving the space housing the ice rink to make it functional year-round, adding accessible stalls in the washrooms and putting in a universal washroom.

The energy-efficient retrofitting is expected to curb energy consumption by 31 per cent and remove 110 tons of carbon annually.

"The federal government's investment will modernize the Albert McCormick Community Centre so it can truly serve all Waterloo residents, regardless of their ability, while adhering to the highest standards of sustainability and environmental stewardship,” said Dave Jaworsky, City of Waterloo mayor in a media release. “I am so pleased that generations of Waterloo residents will be able to benefit from this partnership between our government and the City of Waterloo."