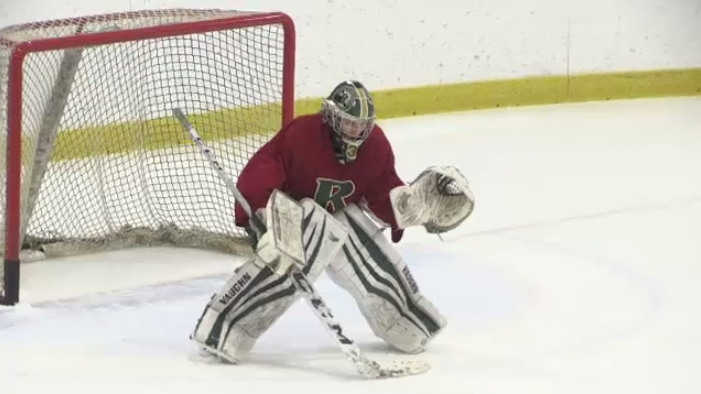 CAMBRIDGE -- Two players from the Cambridge Rivulettes women’s junior hockey team have been selected to play for Canada in the under-18 IIHF world championship tournament over the Christmas holidays.

Alyssa McLeod of Stratford plays forward for the club and Jessie McPherson from Chatham is a goalie. Both found out this week they will be playing in their first world championship for Canada.

“It is an honour to wear the maple leaf. It has been a dream of mine since I was little,” says McLeod who has 7 points in 15 games with the Rivulettes this season.

“You grow up… hoping that one day you get to be the athlete wearing that jersey and it is a great feeling knowing that I will,” says McPherson. In 7 games played this season she holds a .928 save percentage and 1.70 goals-against average.

According to the club, only one other Rivulette has ever made the Canada women’s under-18 team before.

“For us to have two [players] on one team is pretty special,” says Rivulettes head coach Geoff Haddaway.

“These are two girls who put a lot of time and energy into not only their games but into our program and we’re really proud of their accomplishments,” says Haddaway.

The coach says both players possess the talent to contribute to team Canada’s success.

In total, 23 players from across Canada will head to Bratislava, Slovakia to compete in the championship beginning on Dec 26, 2019.

“We are looking forward to getting underway in Slovakia and we are confident this group has what it takes to defend our gold medal,” says Gina Kingsbury, Hockey Canada’s director of women’s national teams.

Last year Canada won the tournament for the first time since 2014.

When the two young Rivulettes were asked about the pressure of repeating as international champions, they appeared ready for the challenge.

“Obviously that’s exactly what we want to go down there and do,” says McLeod.

“We’re going in there hoping to have fun, put up our best effort and not worry about the end result. Focus on the process and the result will come,” says McPherson.

Canada’s National Women’s U18 team has won a medal at every IIHF Championship, including gold five times.

Their first game is against Russia on Dec 26.