KITCHENER -- A man who was once the mayor of Waterloo is being remembered after becoming the region's latest victim of COVID-19.

On Friday Art Paleczny celebrated his 91st birthday at Highview Residences senior's home in Kitchener. His daughter, Julie Paleczny, says his family was disappointed that they couldn't be there to celebrate with him due to visitor restrictions.

"We all sent birthday cards," she says. "Then Saturday we got the call saying that he had an elevated temperature and they were quite concerned about him."

So concerned that they moved Paleczny to palliative care and staff members set up a Zoom call with his family.

"We had a chance to tell him we loved him, we didn't want to say goodbye because there's always hope in your mind when it's your father, that maybe he could make his way through it," Julie Paleczny remembers.

She says that she and her siblings felt anxiety about the situation, but in light of the circumstances, ultimately decided not to visit their father.

"It just didn't seem like the right thing to do," she says. "Unfortunately it was very hard on all of us, and I am so glad that they were able to get the Zoom meeting at least. Five years ago they couldn't have done even that for us."

However his test for the virus didn't come back until after he had passed away, the family says.

He was elected an alderman in 1960, sitting on council for six years before becoming the mayor at age 36. 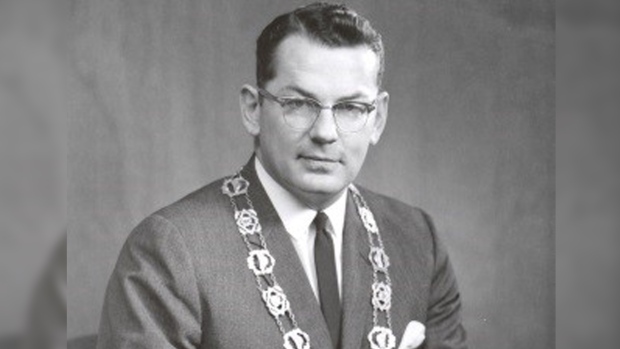 Paleczny is being remembered as an outgoing man who enjoyed skiing, golf and yoga.

He also had a passion for building homes.

"He built a lot of the houses for a lot of my friends and people I knew in the 70s and 80s," says Julie Paleczny. "People in Kitchener and Waterloo knew him for that."

"He will be missed and cherished, as the driving force he was," his obituary, provided by the family, reads in part.

Paleczny had been suffering from dementia leading up to his death.

"The consensus is he was a great man," says his daughter. "Dementia is a terrible thing. COVID-19 is even worse."

Julie Paleczny says she's thankful for the staff who spent her father's birthday with him, saying she knows it would have made him happy.

"Highview has been fantastic, they are a wonderful facility. They are very comforting, supportive and have kept us in the loop with Zoom meetings," she says.

Though her father would have loved a celebration of life, the family has decided to forego one for now as the virus continues to spread in Ontario.

Art Paleczny is the second resident of Highview Residences to die from the virus.

Region of Waterloo Public Health declared a COVID-19 outbreak there on March 31.

As of Tuesday, nine residents had tested positive, as well as one staff member.

Outbreaks have also been declared at six other long-term care and retirement homes.

There are 207 positive cases of COVID-19 in Waterloo Region.

With reporting from Rosie Del Campo